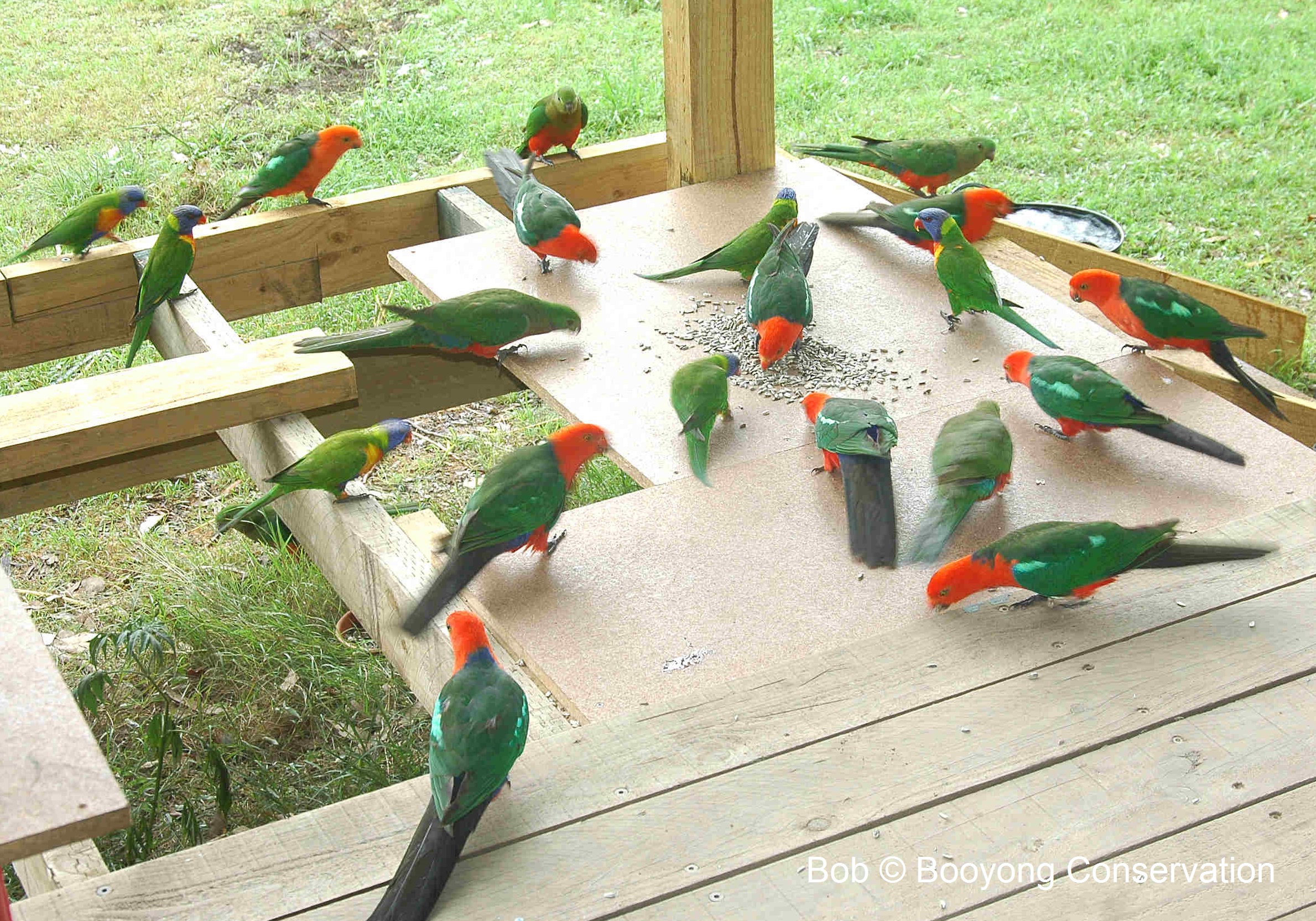 Our caretaker Bob is like the pied piper of animals, they just love him!

Since looking after Booyong, Bob been trying some different ways to entice the larger birds to feed close to his shack and we were so happy recently to discover he has had success. Each afternoon the King parrots are accompanied by some Crimson Rosellas and come for a feed. They’ve even given themselves a seat at his kitchen table!

We intend to ask Bob to build some rustic bird houses throughout the gardens to feed the native birds and provide an opportunity for our guests to see them up close. We won’t do this near the main cabin as this area is naturally habited by small birds like the Blue Wren and Red finch and they are delightful. If we were to encourage the larger birds close to the cabin they would scare the smaller birds away.

The King Parrott (Alisterus scapularis) is found along the east coast and ranges of Australia, usually in rainforests or wet sclerophyll forests and are mostly found in pairs or family groups. They feed on seeds and fruit found in trees. The males are the only Australian King Parrots with a completely red head and the females are similar however they have a completely green head and breast. Both sexes have a red belly and a green back, with green wings and a long green tail. Although King-Parrots appear distinctly red and green to humans, when viewed under ultraviolet light, some feathers on the wings appear with a prominent yellow glow. Many birds have four types of cone in their retina, (compared to only three in humans) and they see into the ultraviolet wavelengths.

The King parrot lays its eggs on a bed of decayed wood-dust at the bottom of a deep hollow in the trunk of a tree. The entrance to the nest is often high in the tree (10 m) however the eggs are near at ground level (0.5 m). They breed from September to January and usually lay 5 eggs that incubate for 20 days and spend 35 days in the nest.

They really are a beautifully vibrant coloured bird and despite being common and familiar they never fail to impress!