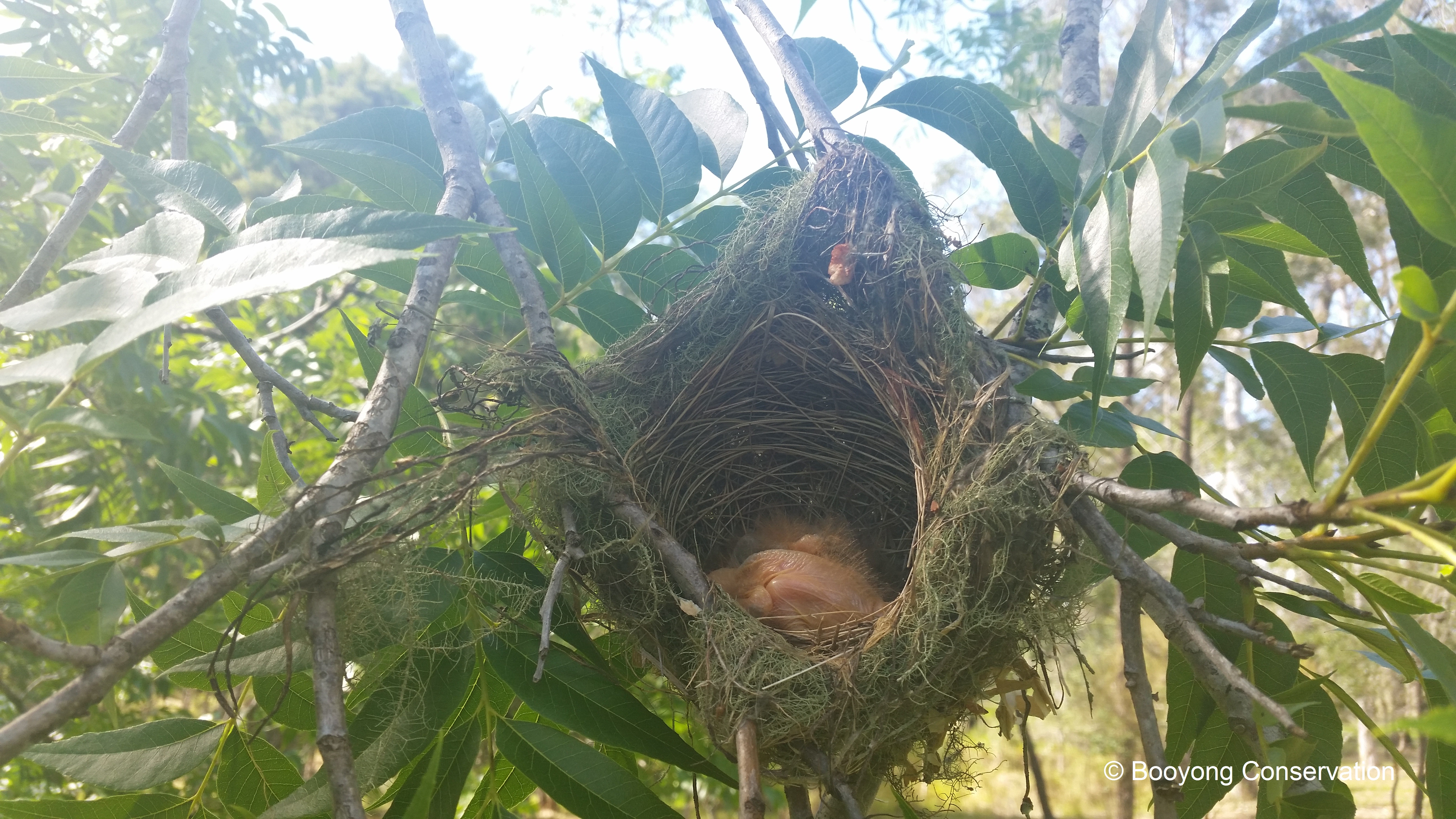 So excited to discover the nest of an   recently located in a pecan tree in the Orchard.

This bird is stunning and its Scientific Name is Oriolus sagittatus.

It’s part of a worldwide family including the Yellow Oriole and the Figbird.  Males and females have an olive-green head and back, grey wings and tail, and cream underparts, streaked with brown. They both have a bright red eye and reddish beak. Females can be distinguished from males by a paler bill, duller- green back, and an extension of the streaked underparts up to the chin.

The Olive-backed Oriole occurs across coastal regions of northern and eastern Australia from the Kimberley region in Western Australia, right around the east coast to Adelaide in South Australia.

Habitat: The Olive-backed Oriole lives in forests, woodlands and rainforests, as well as well-treed urban areas, particularly parks and golf courses.Sedentary in the north of its range, but appears to be a summer migrant to the more southern part of its range. Small groups undertake nomadic movements, following fruiting trees during the autumn and winter.

Breeding: The female Olive-backed Oriole builds a cup-shaped nest (as pictured) which is attached by its rim to a horizontal fork on the outer-edge of the foliage of a tree or tall shrub. Nests are usually around 10 m above the ground, and built of strips of bark and grass, bound with spider web. The male does not build the nest, or incubate the eggs, but he feeds the young after the eggs hatch.

Feeding: Olive-backed Orioles are less gregarious than Figbirds, with which they are often seen foraging. Although they are sometimes seen in small groups, particularly in autumn and winter, they more often occur alone or in pairs, feeding on insects and fruit in canopy trees.