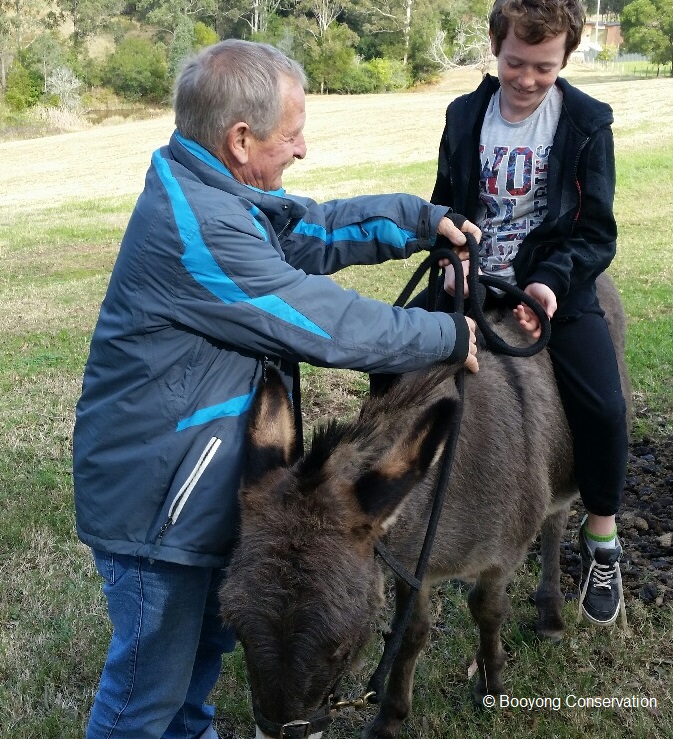 Donkeys are great animals because for all the things they are useful for. Donkeys are strong and intelligent animals that you can use to protect small animals from wild dogs. You can also use then for riding and pulling carts around an area.

I would love to get a donkey because they would be great company and good to have around the farm!

This is a picture of Dizzy who worked at Timber town giving kids rides. We stopped at this lady’s farm and she let us have a look at her two donkeys. They were very friendly and well cared for. Dakota was the other donkey which was a bit taller even though she was younger. We would have loved to buy Dakota but she was being sold for $2000 dollars. Grandad Bob had a donkey called Charlie and he was great too!

Donkey’s come from South and Central Asia and North Africa, In these areas they are adapted for the rocky mountains and low deserts. This is my sister Poppy – she shaved her head for The Leukaemia Foundation and raised $4000.

With a donkey you always need to feed it the right food to ensure it is healthy. The average lifespan for a donkey is about 40 years. If a donkey has access to grass all year round you don’t have to feed them much hay. It is great to feed donkey’s straw as it is similar to the food they eat in the wild. Oat straw is great for the old or underweight donkeys, but for the little donkey’s wheat straw is good. Vegetables can be fed in small amounts once or twice a day for a healthy diet.

A donkey’s foot is much like a horse’s foot. That means that you have to trim their foot every 6-10 weeks. When you are doing this you need to be careful when trimming the overgrowth.

If you do a little research you will be able to find a website that lets you adopt a donkey for free, it’s called Donkey Rescue  That means you will be able to take the donkey home and care for it as long as you like. Unfortunately they only have a waiting list right now.