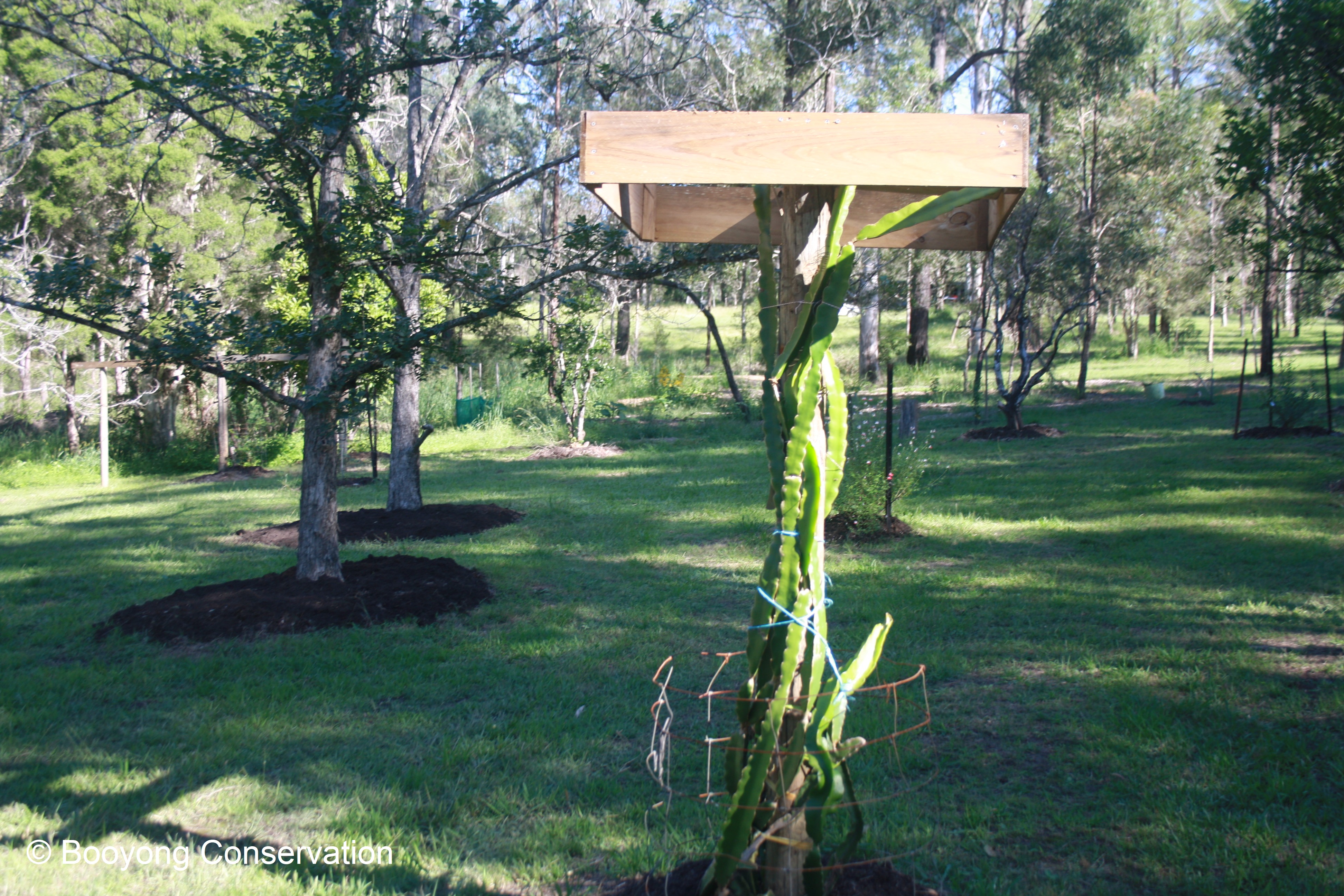 Recently I tried my very first pink dragon fruit (Pitaya), which I had purchased from the grocery store ($3.99) as we are yet to harvest the plants at Booyong, we have a pink and yellow plant growing. I found it was quite refreshing and felt it tasted similar to a pear or an apple and with the texture of a kiwi fruit or melon. The fruit is gorgeous to look at and the black and white centre was striking on our fruit platter.

It’s quite a spectacular and unusual plant and is a member of the cactus family. The dragon fruit likes a dry tropical climate (21-29 degrees) but can withstand high and low temperatures for a short period of time. It’s a shallow rooted plant that prefers a well-drained sandy soil and also has aerial roots. It can be fertilised regularly with lime and both light inorganic and organic fertilisers, with additional application before the beginning and during the flowering season. Mulch around the plant will protect the root system and hold moisture, and it doesn’t like inconsistent wet and dry periods. Growing it on a mound can assist with drainage.

This climbing vine needs to be supported as the fruit weighs about 150–600gms. Three cuttings can be planted around each pole. I have taken a photo of some well cared for plants in a client’s garden. As the dragon fruit grows, side branches are pruned until it reaches the top and then branches will hang down from a frame at the top. Damaged or tangled branches will be removed.

Flowers would be expected 12 – 15 months during the summer months after planting and fruit then develops into autumn and winter. The spectacular large flowers open at night and pollination is expected in the early morning.
Propagation can be taken from proven fruiting plants and should be cured in a dry place for one week before planting in a free draining potting mix.

According to Agrifutures Australia, the high levels of the antioxidant phytoalbumin in dragon fruit means it is considered a ‘super food’ and in some countries the pulp is used in smoothies and health juices. Many people state its best eaten chilled from the fridge, cut in half and eaten with a spoon. It can also be used in salads, fruit salads, marmalades, jellies, ices and soft drinks. At $3.99 each in the stores, I think we’ll wait till our plants are flowering and we harvest them at the farm.