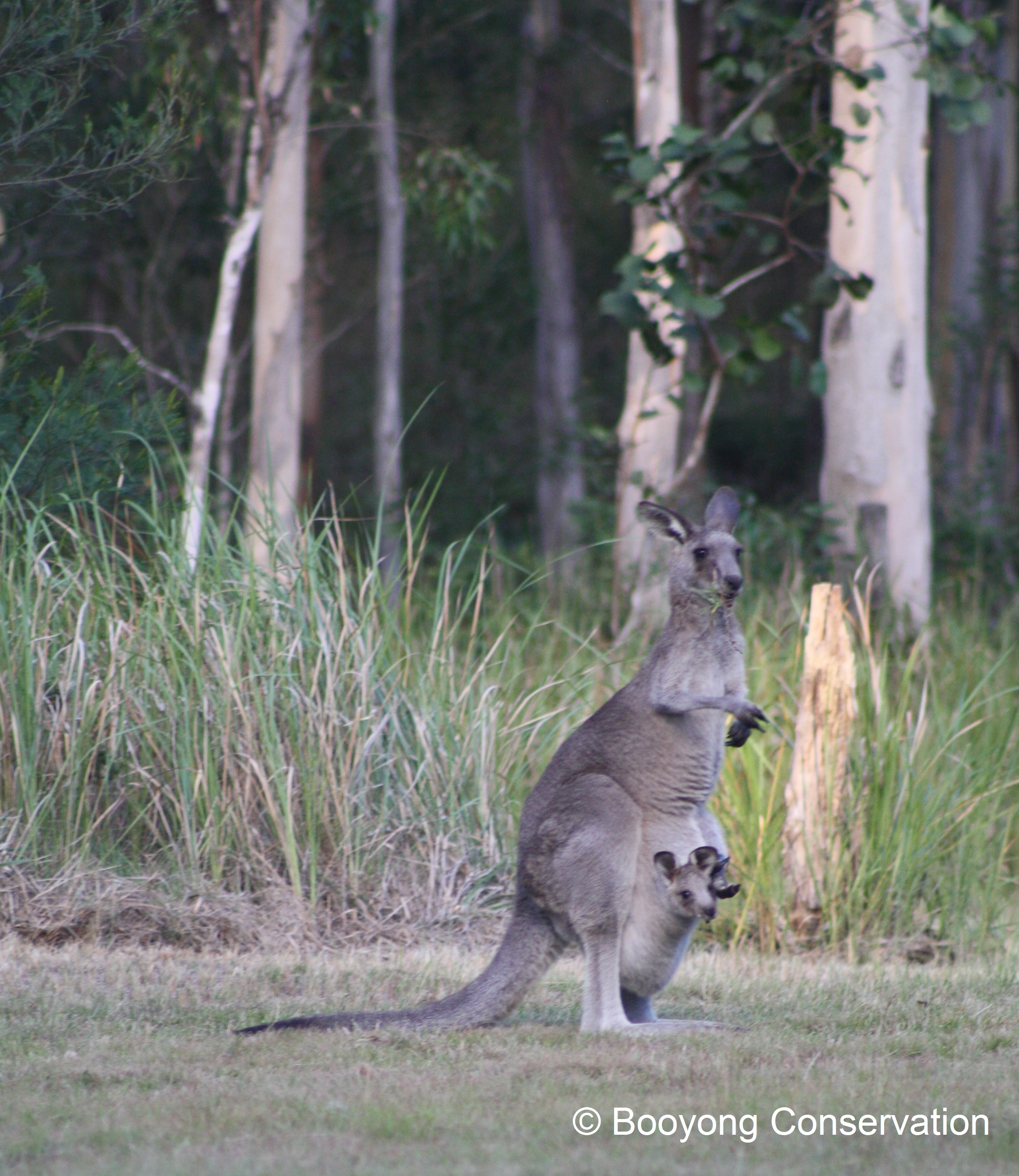 At Booyong we often see kangaroos feeding amongst the grasses in the at dusk and early in the morning. These past few weeks we were over the moon when we discovered a mother with a joey in it’s pouch consistently showing up on the property.

The Eastern Grey Kangaroo is a marsupial mammal that grows to approximately 1.3 metres. They have a long muscular tail they use for balance and their fur is woolly grey. They are commonly found on the East coast of Australia and favour dense scrubs and forest during the day.

We mow the clearing around the cottage regularly and as the kangaroos are herbivores and enjoy new grass, they are becoming regular residents at Booyong. During the summer months they are often found behind the dams or on the dam walls in the shade during the hottest parts of the day.

After witnessing them bounding over the Orchard fence we decided there were no point having one so we have removed them and staked the young trees instead. This lesson was learnt after discovering the wallabies and kangaroos especially enjoy the new shoots of fruit trees when we awoke to find them bare.

Kangaroo’s breed consistently throughout the year and a newborn joey is born six days after mating. It lives in it’s mothers pouch and stays there until it is approximately 9 months old and it begins to explore the wider world, becoming fully independent at about 18 months. The joey we’ve seen seems quite large and we found he often had his arms and legs extended outside of his mother’s pouch. So Cute!

The Eastern Grey Kangaroo is protected by law. In the past they were hunted for food and skins by both Europeans and the Indigenous community. They are currently commercially harvested for export by licensed hunters and kangaroo meat is being explored as an alternative to beef. In some areas they are considered an agricultural pest and are occasionally culled.

More Information can be found on the NSW Government website