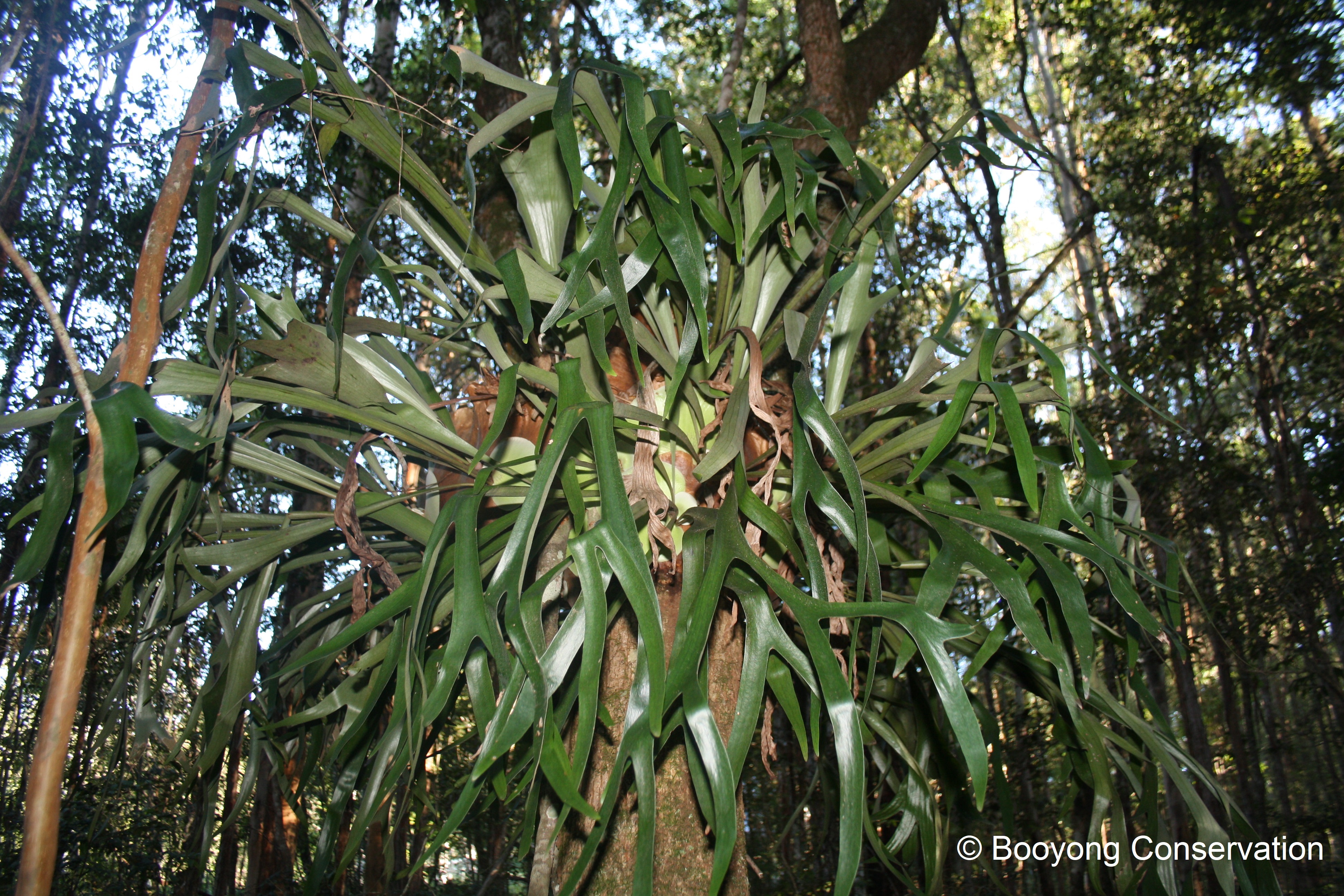 Within the rainforest at Booyong, we are blessed with the most magnificent Elkhorns.  Platycerium bifurcatum, the Elkhorn fern, occurs naturally in New Guinea, and is found along the coasts of Queensland and New South Wales.

It’s an epiphytic fern ( an organism that grows on the surface of a plant and derives its moisture and nutrients from the air, rain or from debris accumulating around it) with a distinctive form of growth.
The fern gro

ws from a collection of plantlets, which attach to the host tree. Each of these smaller plants has a central nest frond and the nest fronds of neighbouring plantlets overlap one another and this central nest sends out long antler shaped fronds. As you’ll find in the rainforest, especially as you look up into the canopies, the plant can become quite large as it grows new plantlets.

The Elkhorn can be propagated from plantlets or spores and Burkes Backyard have more information on their website. However, as we are under a conservation agreement, please purchase them from a nursery and don’t remove any spores or plants from the Conservation area.