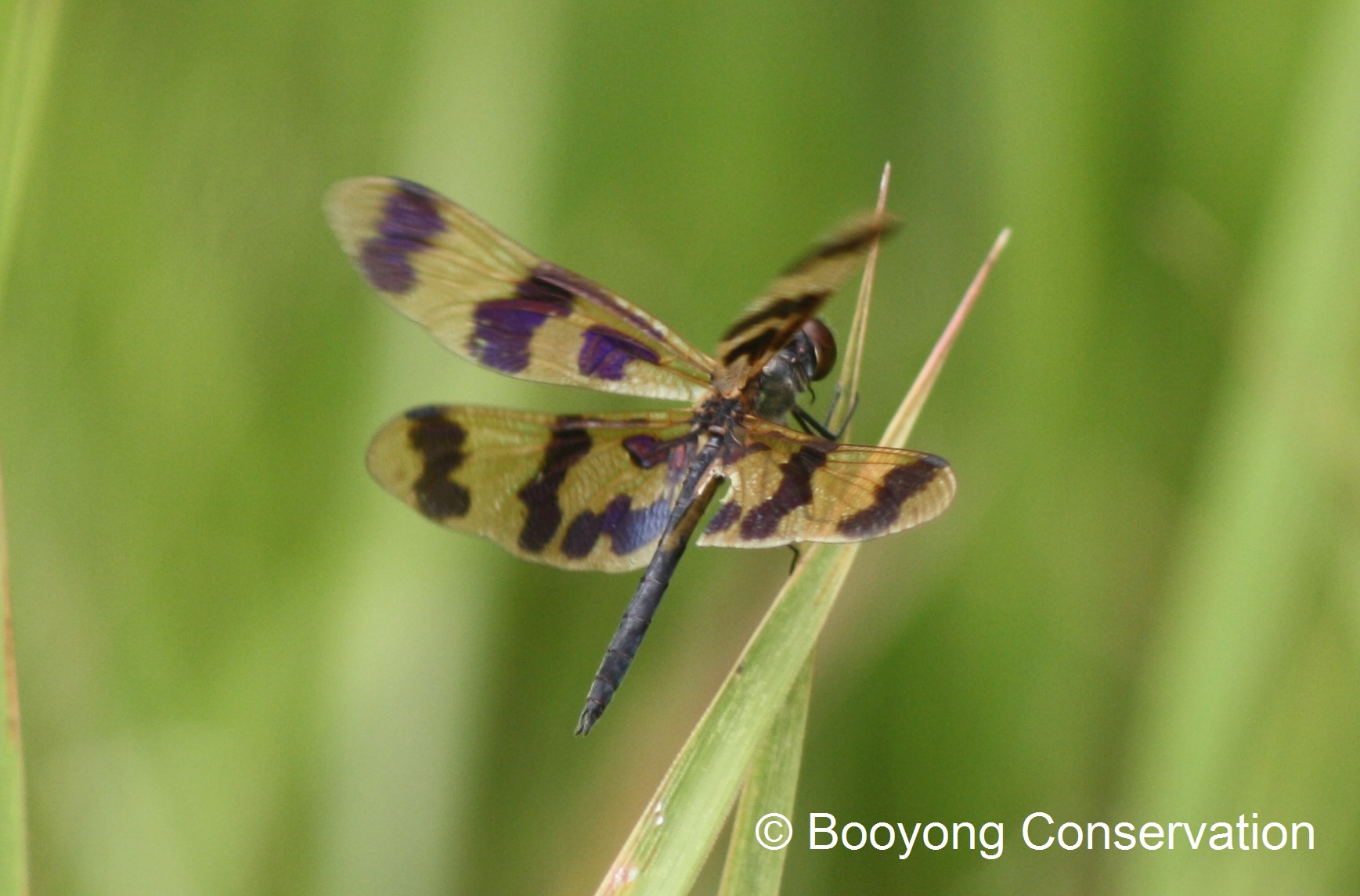 The Graphic Flutterwing, Rhyothemis graphiptera is from the Libellulidae family which is the largest dragonfly family in the world. They are found along the north and east coasts of Australia as well as Indonesia, Papua New Gunea and New Caledonia.

When we first mowed one of the front cleared paddocks of Booyong in October, we saw them everywhere. They were amazing and so beautiful!

They have two pairs of wings which are attached to the thorax and make them highly manoeuvrable and males and females look the same which is great. I always feel like there’s an injustice when the male birds are so much more colourful than the female ones.

The flutterwing large eyes which cover most of their head and enable them to see in all directions. They also have bristles in their legs to trap their prey. Flutterwings gather in swarms when food is abundant. This is what we would have been witnessing when we first saw them.

The wings of the Flutterwing in one of the pictures we’ve taken are damaged, probably resulting from clashes with other carnivorous insects or perhaps from escaping bird or other predator attacks.

I discovered when researching the Flutterwing on Treknature that they control populations of mosquitoes. One thing that has puzzled me since being at Booyong is the absence of mosquitoes? I haven’t seen any and they usually love to bite me!