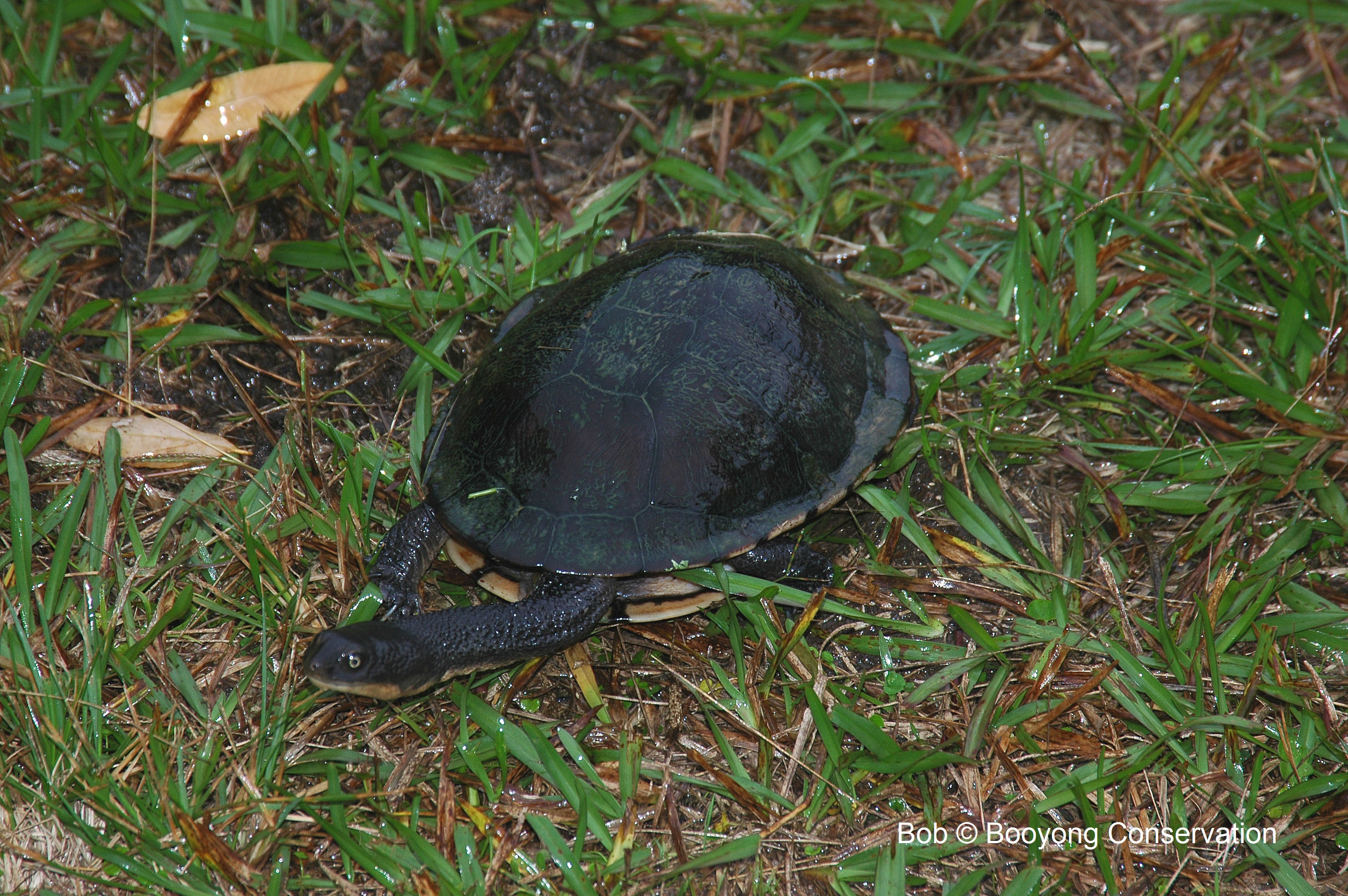 The Long necked tortoise is the most common species of turtle often found in slow moving water bodies such as rivers, lakes and farm dams. They migrate between water bodies and this was occurring when Bob discovered this one after a few days of rain. We have a special friend Freya who will be delighted with this discovery as she loves turtles.

These turtles are carnivorous and feed in water on small invertebrates such as worms, snails, frogs, tadpoles and mosquitoes. The long neck is used like a snake to rapidly strike at passing prey and large food is torn apart by its front claws. So many dilemmas in learning about the species at Booyong, everything eats everything: I love both the turtles and the frogs.

The freshwater turtle faces many threats in NSW, including foxes and pigs that raid there nests and consume over 90% of their eggs. Baby turtles are especially vulnerable, whilst adult turtles are protected by their shells. Some species can also survive for months in a dormant state buried in soil or dry lake beds and they are affected by drought as it dry’s their habitat and deprives them of food.

Human impacts that threaten them in the wild include, plastic bags, cigarette butts, fishing nets, habitat destruction and fisherman who drown them when they are caught on hooks. To repel predators when handled it exudes a smelly secretion. They are also vulnerable to injuries while crossing the roads in search of new homes. When damaged their shells can be replaced with artificial materials and they can be released back into the wild. Fortunately they are safe from these hazards at Booyong! They are a protected species and deliberate acts of cruelty can result in heavy penalties.

Turtles nest on dry land by digging a hole in the ground with their hind legs, laying their eggs and covering the eggs with dirt. They lay a clutch of up to 25 eggs during spring and early summer which hatch and make their way to water after an incubation period of three to eight months. Two to three clutches can be produced in one season. The turtles are declining in numbers due to these threats and the long time it takes for them to reach the age of reproduction (approximately 10 years to reach maturity). The lifespan is not known, however it is estimated they can live for 50 years or more.