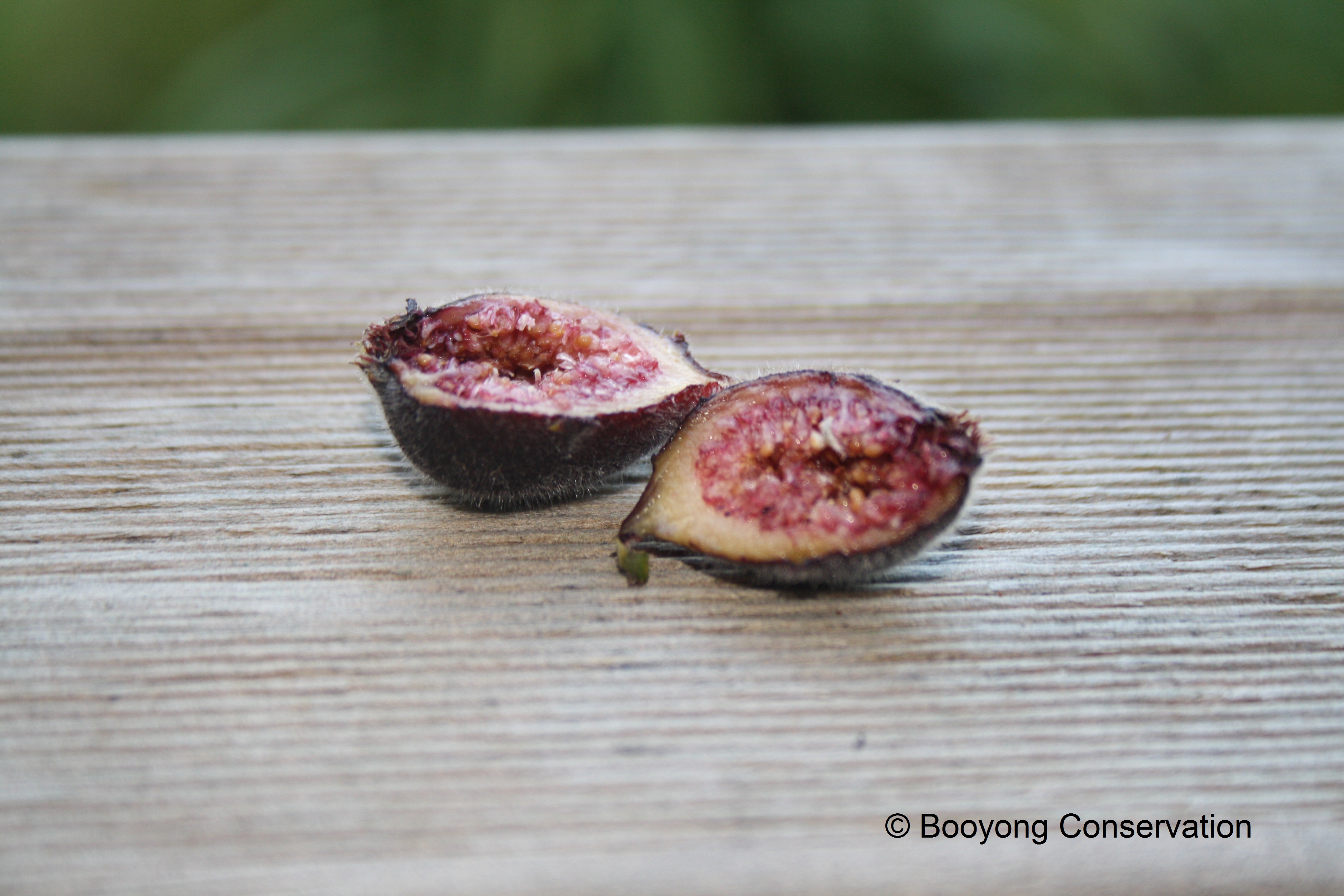 The Sandpaper Fig (Ficus coronata) is easily identified by its course leaves which are reminiscent of sandpaper.

It belongs to the Moraceae family and is endemic to mainland Australia found mainly in eastern Queensland and NSW. It is found in a range of habitats and we have several known plants at Booyong, one in the orchard, two by the cabin and one we’ve noticed in the conservation area along the track and near the old kiwi fruit farm.

The Sandpaper Fig can grow to 15m tall and produces fruit which can only be ripened by a co-dependent species of fig wasp. The figs are green when unfertilized and only darken to purple/black after fertilization occurs, usually from January to June.

Like so many native plants the Sandpaper Figs have many uses. The course leaves can be used as sandpaper (a great activity for the kids) and in the past Aboriginal people used them to polish their weapons. The milky paste which comes from young shoots was also applied to wounds for healing.

Propagation from seeds and cuttings are possible and interestingly Ficus coronata plants have been successfully adapted to bonsai cultivation which is welcome news as Jack has expressed interest in bonsai planting.

The Sandpaper fig is a hardy species which tolerates colder climates, however when young it isn’t very tolerant of frost. Heavy pruning is tolerated and the root system can be aggressive so be mindful if you plant it near structural foundations or plumbing.

Sanpaper figs are edible and when ripe the figs are lovely, just be sure to remove the skin before eating. They can be pounded into a paste and mixed with water and honey and also made into a fig sugar syrup using 1 part fig to ½ part sugar. Cook the figs until soft and then combine with the sugar to make syrup. This would be lovely with Vanilla ice cream and we’ll have to give it a go when we’re at Booyong next!