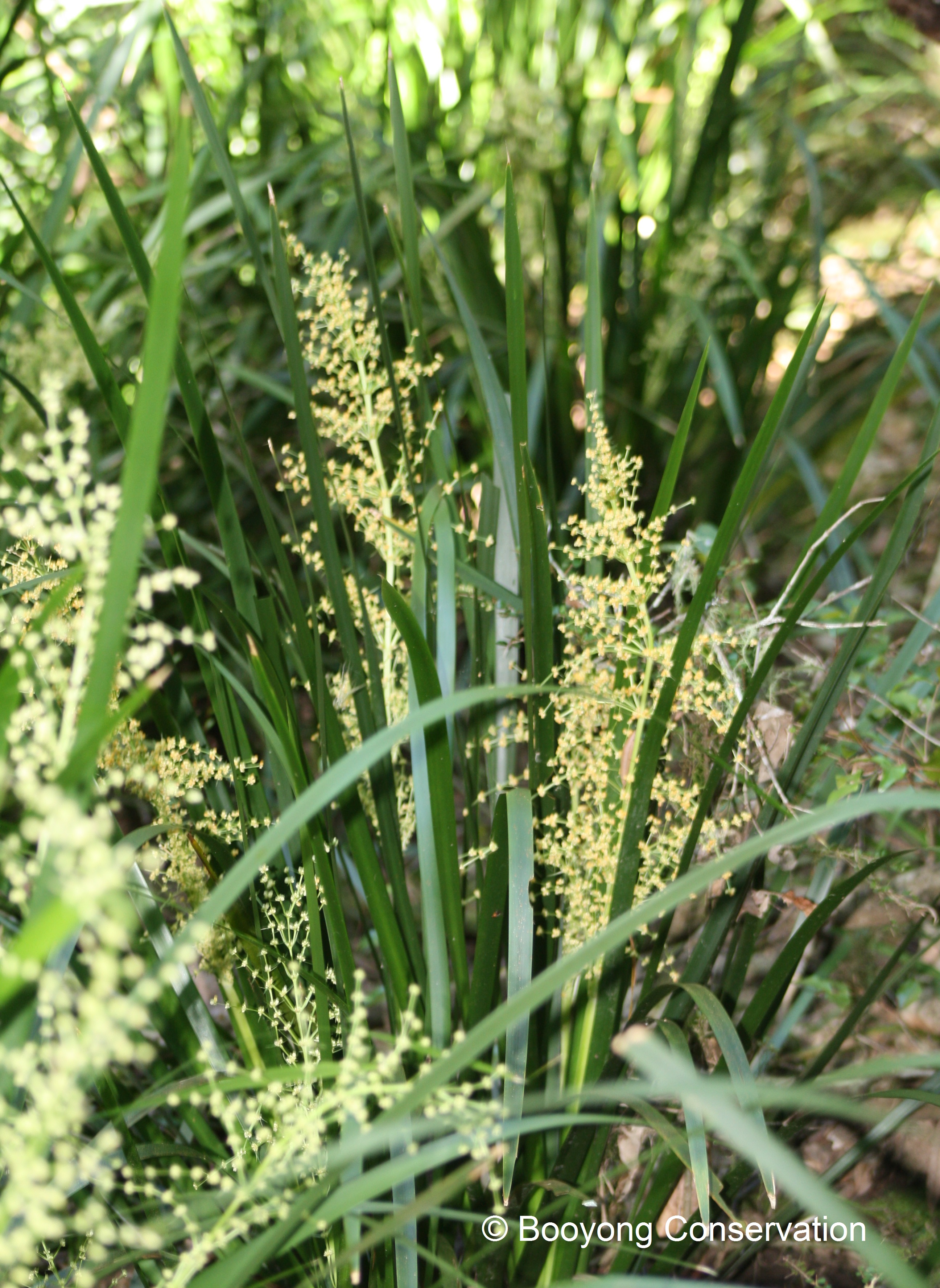 When we cut the new Meadow track in late October we came across the most stunning grasses with beautiful yellow flowers by the creek. They were so incredibly pretty with bright yellow flowers and have been identified as the native Wattle Matt

Lomandra filiformis is found in open forest and woodland in eastern Australia, from northern Queensland through New South Wales to Victoria and as far west as the Grampians. It is drought and frost hardy and grows well in full sun or part shade.

Wattle Mat-rush is a compact perennial herb that grows well in a variety of soil types from heavy clays to rich and sandy soils. It grows up to 50cm tall in clumps of up to 20 cm in diameter and spreads by underground rhizomes. Its common flowering time is October to November and the male has ball shaped flowers while the female ones are tubular and a little larger and up to 3mm in length. Male and female flowers are on separate plants.

Due to its spreading via rhizomes it can be propagated by either seed or plant division. If propagating by seed (within brown capsules clustered along the flower spike) from late January to late February sow them directly after collection and then soak them in warm water for 24 hours prior to help break dormancy. According to Val Cheater (2009 Botanical Intern) they are slow to germinate and can take 4-12 weeks to emerge. The seeds also mature and shed quickly and only set low quantities every 3-4 years. If dividing ensure roots are attached and plant directly into a pot. Once established they require little attention or water and because they are slow growing make an ideal container plant. Because they are a rhizome plant they establish well after fire.