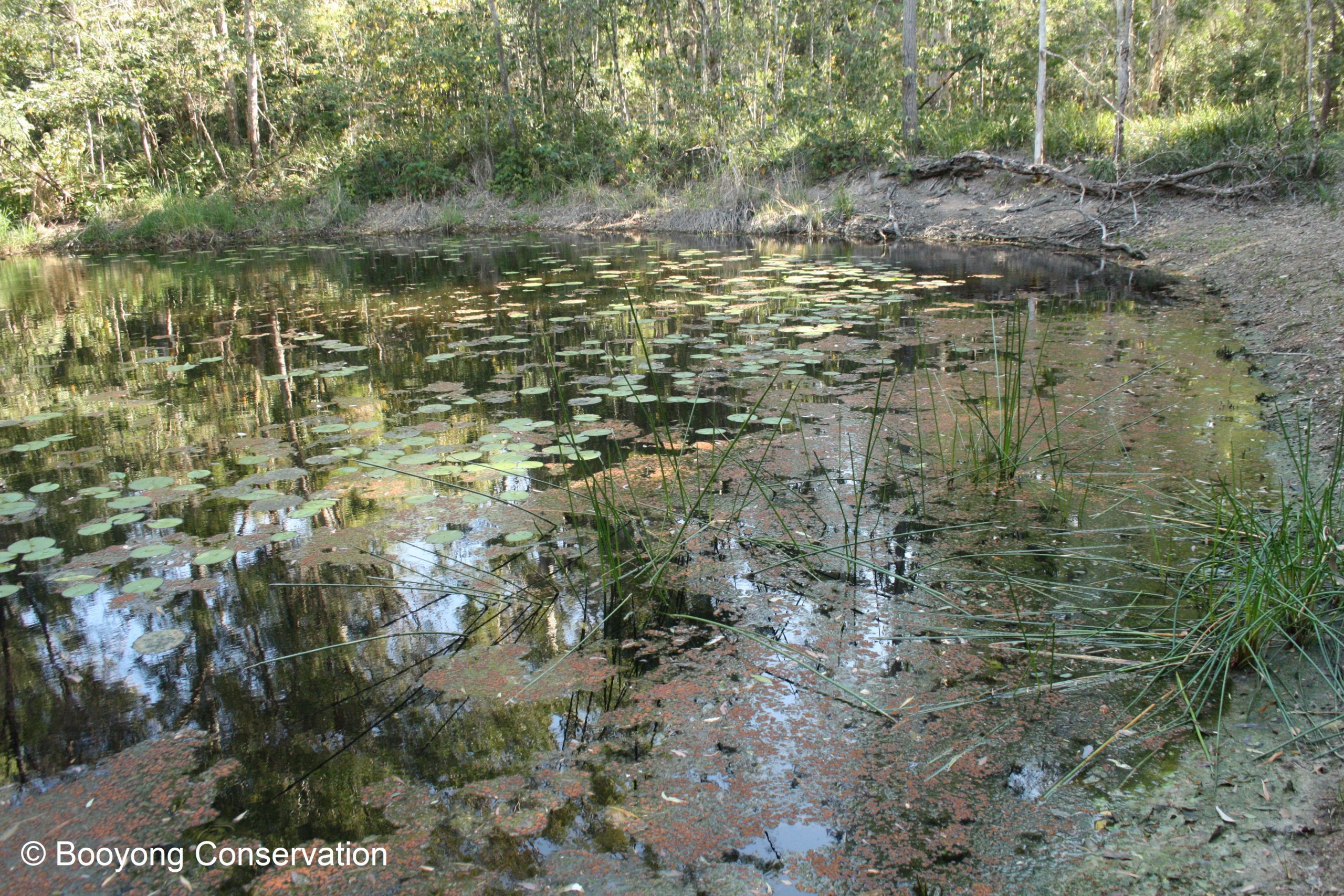 I love discovering new plants at Booyong – it makes me so happy and is always good to know the purpose of things, so fascinating. During last years drought, we noticed a red fern like species covering the surface of many of the dams. We discovered it’s a native free floating water weed, called Azolla. Azolla is also sometimes referred to as Mosquito fern as it covers the surface of the water and does not permit them to lay there eggs.

We are constantly observing the environment at Booyong and have noticed that the community and structure of the dams vary significantly throughout the year, depending on the temperature and rainfall. During the drought last year when the water was warm and still Azolla flourished. When Azolla is young and in the shade the leaves were green but as the aged and were exposed to brighter sunlight and warmer weather the leaves turned red as shown in the pictures attached.

Azolla produces spores and spreads by fragments when basal branches separate from the main stem. It is considered a weed as it can cover a water way entirely and causes de-oxygenation. Having said that Azolla can also be extremely beneficial to the environment as it captures excess nutrients, improves water quality and provides a quality food source and habitat to animals.

In response to the challenge of scarcity of fodder crops to feed animals, countries like India, Pakastan, Asian and African countries produce Azolla and feed it to cattle and poultry. In Asian rice fields it is also grown amongst the paddies to release nitrogen and act as a fertiliser.

The benefits are that it is cheap and takes a short time to produce a crop. It can be simply grown in a water tank or body of still water with only cow manure to get it going. Azolla can also be harvested after only a week and can increase body mass in a noticeably short time to be harvested again.

Azolla is perfect compost activator in the garden because as Azolla decomposes, it releases large nitrogen fixing cyanobacterium into the soil. You can also use it as garden mulch and worms love it too. You can throw some in with the chickens as well, so many uses in the permaculture garden! Just clean it with fresh water before feeding to farm animals and feed it as is to the poultry.

Azolla is seasonal and with the consistent recent rain, the Azolla at Booyong has almost gone. It is prolific when in season and will double its leaf mass quickly, so we’ll definitely be collecting some from the dams near the house next winter. Of course we won’t be taking any out of the Conservation area and in the areas we do remove some we will ensure a third remains for the aquatic animals and wildlife.