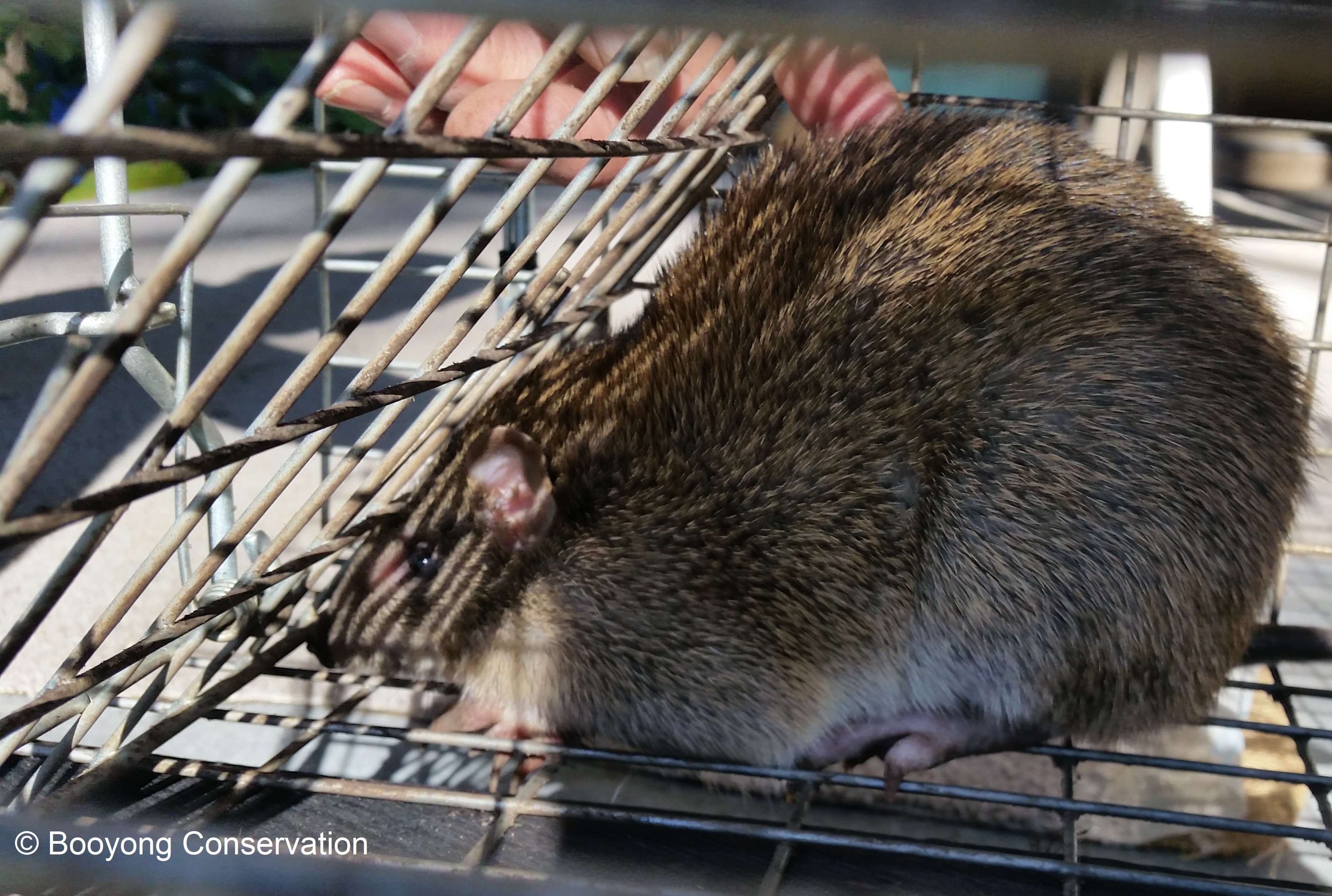 Bob was wondering what was digging holes in his garden – the cheeky culprit was a cute pointy snouted bandicoot. We think this one may be a Northern brown bandicoot (Isoodon macrourus) commonly found in the area. This little guy was foraging in the soft garden soil for insects and larva leaving behind lots of small snout sized holes.
The bandicoot is native to Australia and New Guinea and lives in a large range of habitats including both rainforests and dry woodlands, is 30-47 cm and weighs just over 2 kilograms. As you can see from the picture it has cute rounded ears and a cone shaped snout.
During the day they bandicoot hides from predators in shallow holes under leaf litter and vegetation. They also take advantage of abandoned burrows and hollowed out logs to hide safely during the day. At night they come out and forage in the garden. When you visit Booyong you may wish to take your torch out for a walk at night, you might even see one in the garden bed in front of the cabin.

The bandicoot eats insects, earthworms, insect larvae and spiders and will move away once the food source is depleted. They don’t like well-lit areas, they also don’t like strong ammonia smells like chicken manure and dynamic lifter, so it may be helpful for Bob to add some to his garden beds.
They live up to 4 years in the wild and are territorial preferring their own company. Females stay in the one familiar area (1-4 ha) and Males will usually enjoy a larger territory (18 – 40 ha) defending it by fighting off other males.
The bandicoot is a marsupial and females give birth up to 4 times a year having a short gestation period of only 11 days and giving birth to up to 5 babies. To ensure dirt doesn’t get into the pouch while digging, bandicoots’ pouches open at the back. According the Bush Heritage  the under-developed, furless young are only 1cm when born, and take three months to live independently. They claim that if food is scarce, the female bandicoot may eat her young!
Bandicoots are threatened by land clearing and predators like foxes and feral dogs and cats. Fire reduction burns also threaten their environment and of the estimated 12 species in Australia almost half are extinct. Natural predators include owls, quolls and dingoes.
They contribute positively to the ecosystem by turning over the soil which increases the rate of leaf litter decomposition, soil production and nutrient cycling. They’re also critical in dispersing fungi spores, so losing them will adversely affect plant diversity, species composition and structure of forests and woodlands. For this reason, Bandicoots are protected in NSW, and it is illegal to trap or kill them without a licence so we were very quick to release him and he galloped away quite quickly?