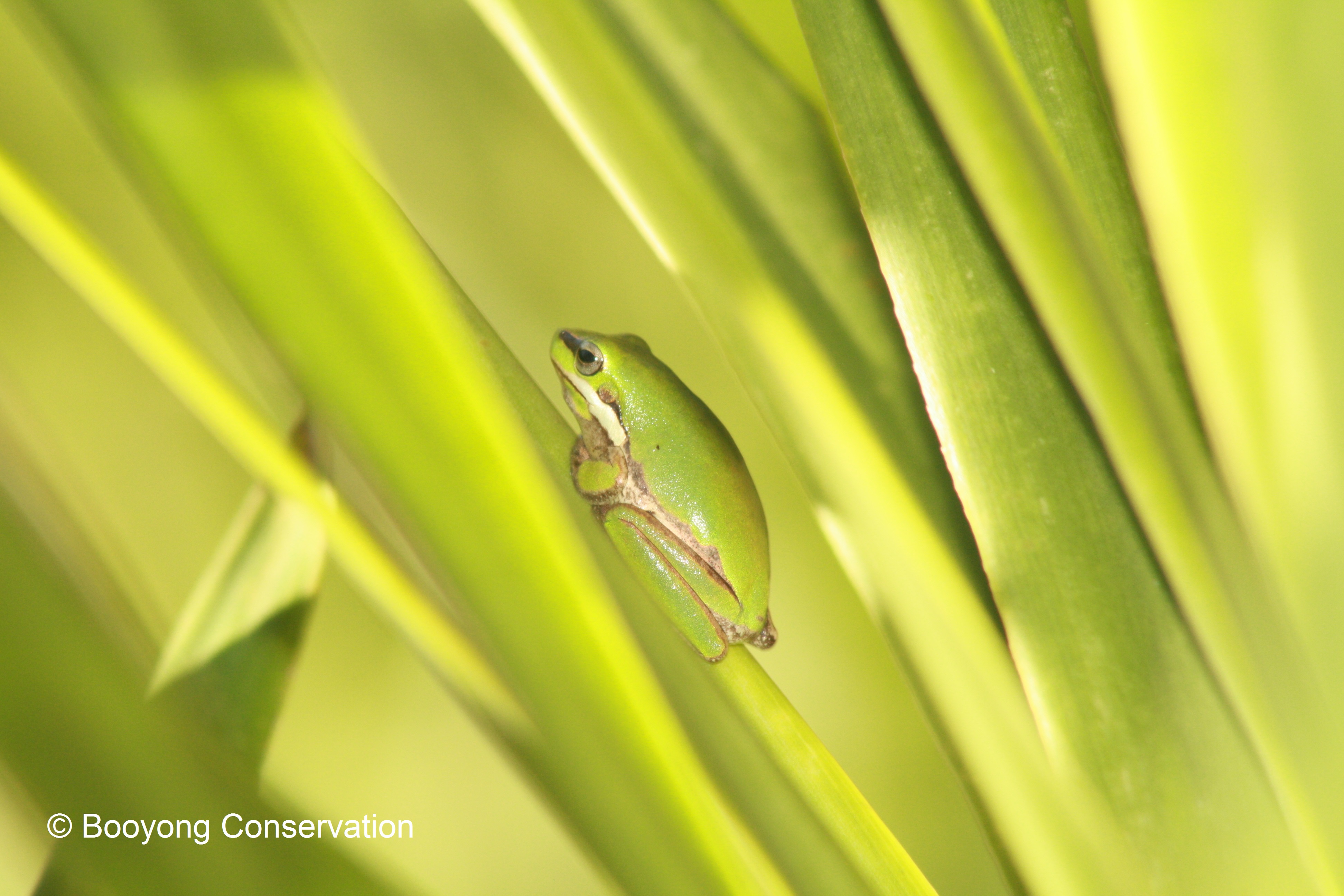 When it’s wet the frogs come out at Booyong.

This little guy was in the ferns by the cottage. The eastern dwarf treefrog is tiny, only about 2.5cm, so cute! They are commonly found from northern Queensland to southern New South Wales.
Males call from a single vocal sac during spring and summer when breeding occurs around the dams. Their call attracts attention, producing a two-part call: a long “wreeeek’ followed by a sharp ‘kik kik, kik kik’.This is certainly the case at Booyong, when the sun comes down the frogs start to call.

There is a great deal of reeds to breed in and vegetation to protect them around the dam. They normally enjoy a range of habitats including coastal swamps, forest, lagoons and garden ponds. We often see them jumping whilst mowing the lawns at Booyong, especially in Spring and Summer.
Australian Plants Online maintain the eastern dwarf tree frog will often breed in temporary water. At 2 years of age females become reproductively active. Females lay clumps of spawn containing between 2-35 eggs on vegetation and the male fertilizes about 2-300 eggs at each mating. The minimum tadpole lifespan is 118 days and metamorphosis occurs from January to March with frogs being 9-13mm.
Frogs are an indicator species and a declining in populations is an indicator that environmental changes are occurring. This is due to their permeable skin being extremely sensitive, they absorb water through their skin rather than drink it. So if you have plentiful frogs in your environment it is a healthy ecosystem.

Frogs also play an important role in the garden, keeping pests under control. They even assist with eating the larvae of the Hibiscus Beetle and the Scarab Beetle who are common pests of the native hibiscus.
The Victorian Government Catchment Management Authority maintains the frog has entered Victoria on the leaves of banana trees from Queensland. They are concerned as it isn’t a natural species of Victoria that it may upset the ecosystem and due to increased competition for food and space. For this reason the Victorian Frog group  are collecting the Eastern Dwarf Tree frog when found, quarantining if for a month and selling it as a pet? Such a shame to hear these frogs are being kept for entertainment, it always upsets me when people keep pets in cages.