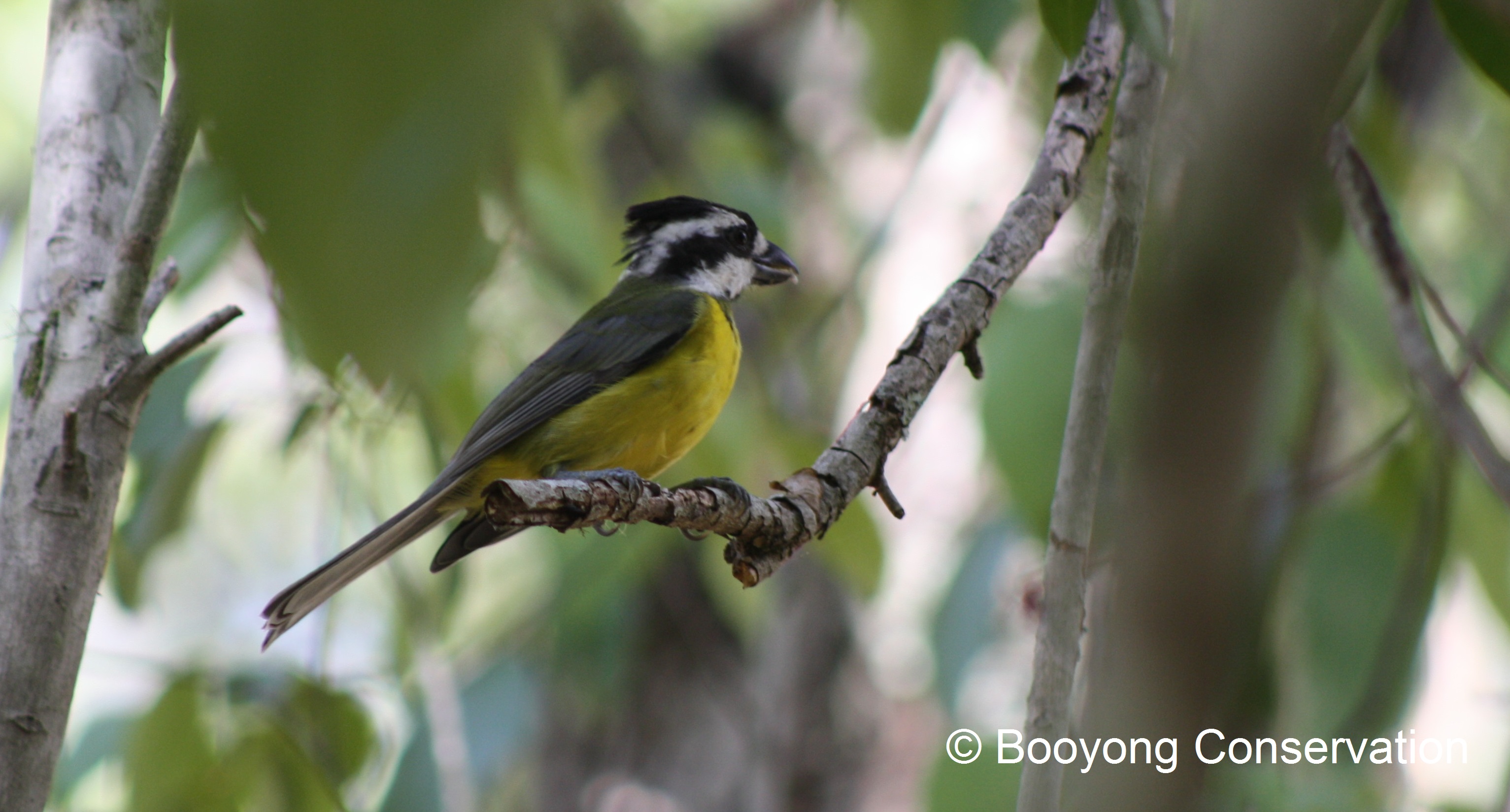 I was so excited to discover the small birds are back in force at Booyong now that the cicadas have quietened down.

I heard an unfamiliar sound amongst the tree of the circle garden while at Booyong recently. It was the Crested (Eastern) Shrike-tit , medium-small bird with a striking black and white striped head and neck, a small crest that is often held flattened over crown, a black throat, and a short heavy bill with hooked tips. It has wide, rounded wings and a square-tipped tail that can appear slightly forked.

The Crested Shrike-tit is found in eucalypt forests and woodlands, forested gullies and along rivers in drier areas. It can also be found in rainforests. It’s generally a sedentary bird with some local movements in autumn and winter.

It feeds mainly on insects, but will sometimes eat fruits and seeds. It forages in trees, rarely on or near the ground, tearing at or probing bark for insects with its short strong bill. It usually forages alone, in pairs or in groups of up to five birds, which are usually related. It will also be seen in mixed feeding flocks with other insect-eating birds, especially male Golden Whistlers.

The male Shrike-tit selects a nest-site in a high fork of a eucalypt tree, attracting the female to him with quivering and waving wings. The female builds the deep cone-shaped nest from dry grass and bark strips, covering the outside with spider web, moss and lichen. The male helps collect materials, and both sexes incubate the eggs and feed the young. Two broods may be raised in a season, and the young birds may remain with their parents until the beginning of the next breeding season.

A lovely small to medium bird!