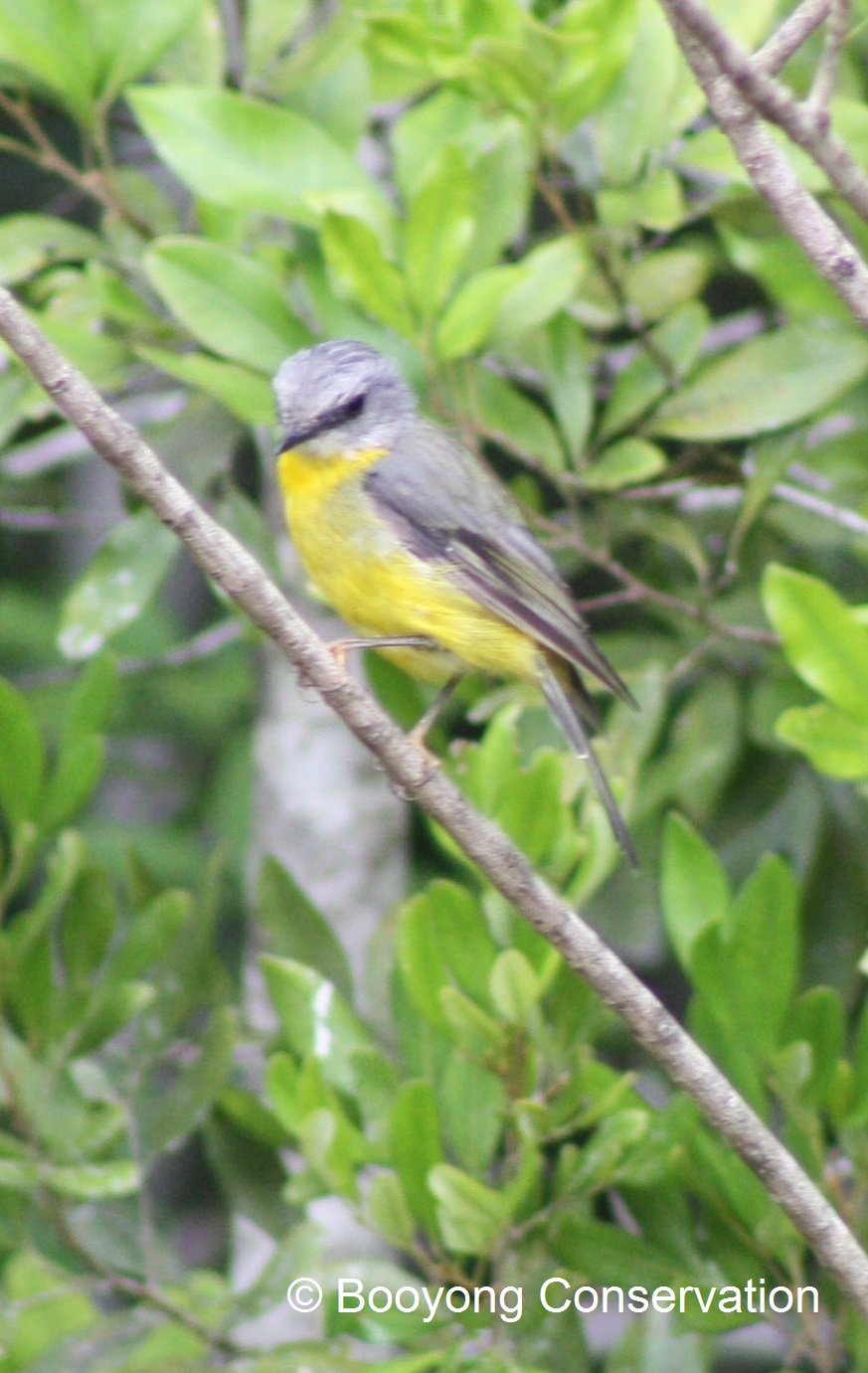 On a bright sunny morning after a rainy day, the birds come out to play. At Booyong, we awaken to the sounds of birds singing. They frolic in the grasses and in between the sticks and stumps and settle on the balcony edge.

The Eastern Yellow Robin is a medium sized bird with a black bill, grey back and head and a yellow under section. The female is similar in colour, however slightly smaller in size.

They are found on the east and south east of Australia and mostly along coastal areas in a variety of habitats.

Eastern Yellow Robins feed on insects and spiders caught on the ground or pounced on from a low perch. They normally feed alone but are also seen in pairs or small family groups, this has certainly been the case at Booyong recently.

Eastern Robins lay up to three pairs of eggs and the female builds the nest in a fork of a tree up to 20m above the ground. Both parents care for their young birds.

More information can be found at Birds in Backyards