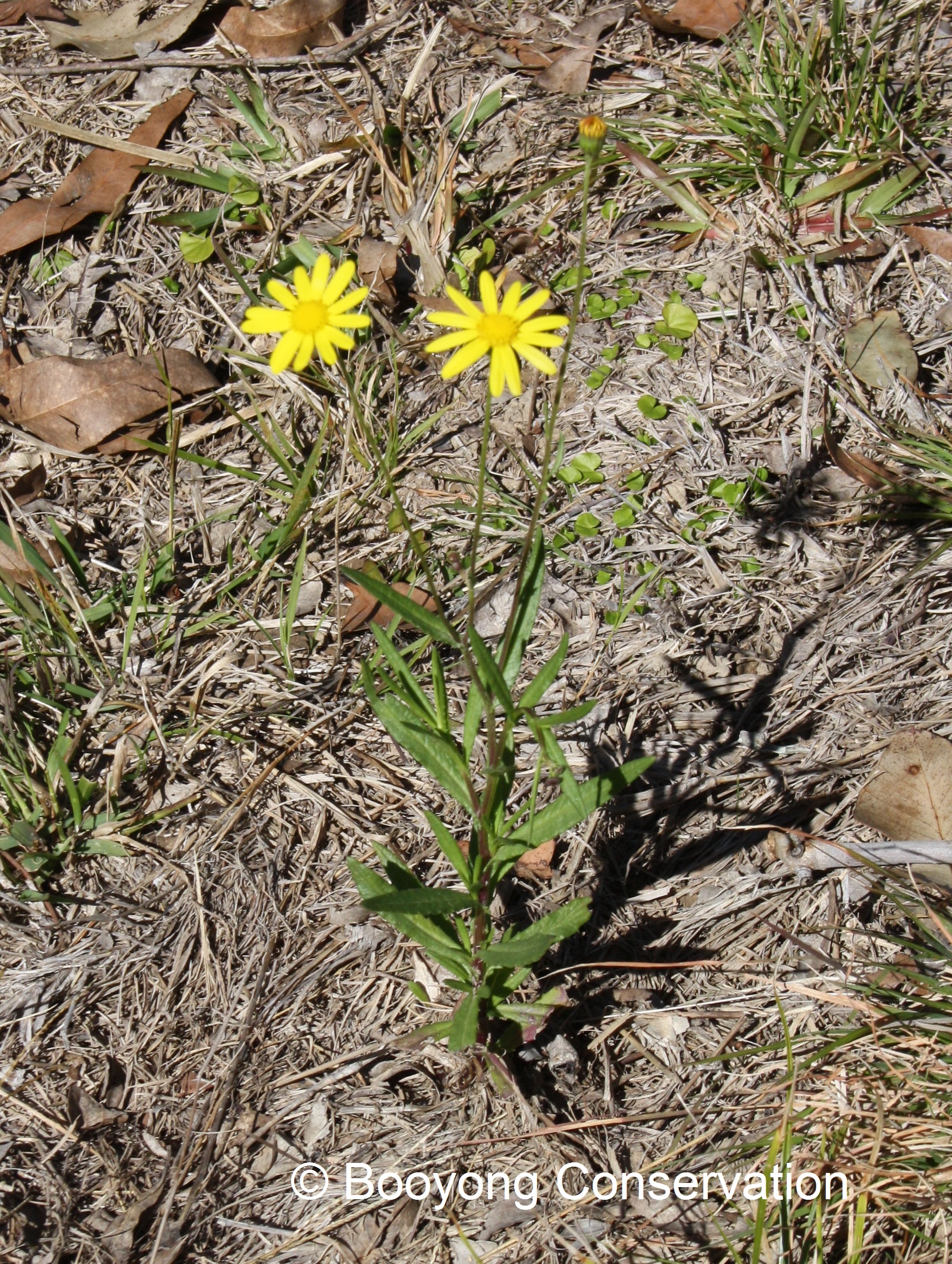 The fireweed was the first weed introduced to me at Booyong and I can’t walk past a plant without removing it. This means my walk to the garden shed often takes longer than it should.

It’s considered a serious toxic pasture weed in NSW and is easily identified by its yellow flowers. If uncontrolled and neglected it can quickly take over pastoral areas.

The plant contains pyrrolizidine alkaloids which are toxic to livestock and cause irreversible liver damage and hay and grains contaminated can also be dangerous. Sheep and goats are more tolerant than cattle however of sheep eat it consistently they can become affected and die suddenly, horses are also not immune. They can experience brain damage, reduced awareness, aimlessness, uncoordinated gate and possible blindness.

Fireweed (Senecio madagascariensis) originates in Sth Eastern Africa and was first recorded in the Hunter Valley in 1918. The plant is spread by wind and human activity including clothing, vehicles and machinery. The majority of plants live only for one season and can be see most times of the year. Plants grow quickly each flower can produce between 50-120 seeds. They can spread profusely and buried seed can remain viable for up to ten years.

Fortunately the Fireweed has a shallow, root which can be easily removed. It doesn’t survive in flooded areas or shade and prefers open paddocks.

This is definitely a weed we need to stay on top of at Booyong and after this research I will alert Bob to their prevalence and continue to remove them on sight.