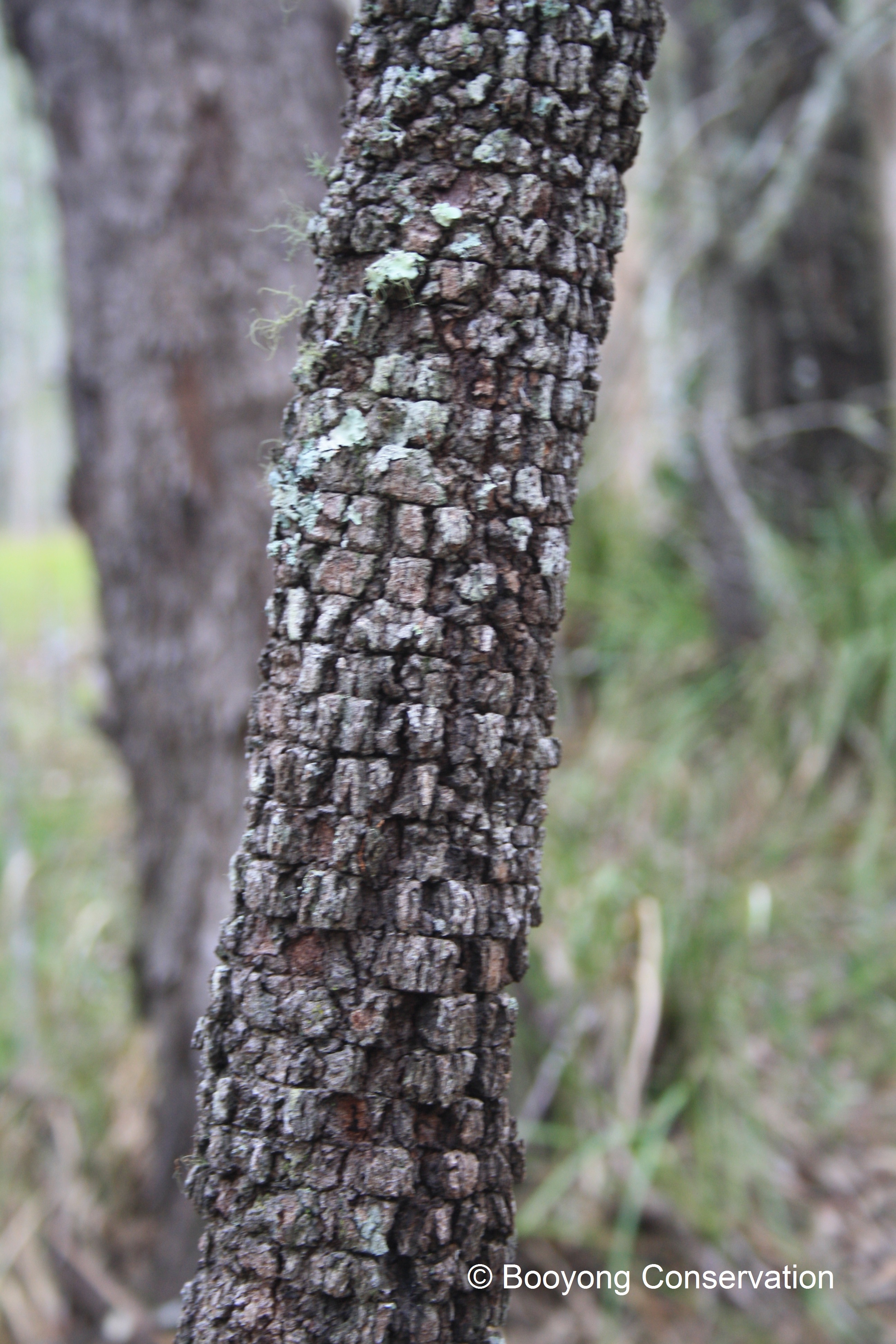 This tree caught my eye due to its soft foliage and distinct pattern of bark on its trunk. I found it to be such a contrast to other plants within our conservation area. The Allocasuarina torulosa is commonly known as Forest Oak (Casuarina stricta prior to the 1980’s).

The tree is commonly found in Coastal areas of New South Wales mainly but may to extend inland areas.

It can live up to 100 years and can grow as big as 30m depending on the weather and is dioecious which means male and female flowers appear on separate plants. The male tree is expected to turn gold and be laden with pollen in autumn through to winter and the female tree bears only the cone like fruit. The bark is persistently, rough and corky as shown in the photo and the foliage is “conifer” like. We will watch them and upload some photo’s to show you when this happens!

Historically the timber of this tree was split to create roof shingles.

The seeds of this species have been found to be a food source for the Yellow-tailed Black-Cockatoo and funnily enough we spotted three of these recently at Booyong. They were loud, magnificent and difficult to catch with a camera! The forest oak is also an important feed tree for the threatened Glossy Black Cockatoo which feed exclusively on forest oak. The bark of the tree is also very useful for potting orchids apparently.