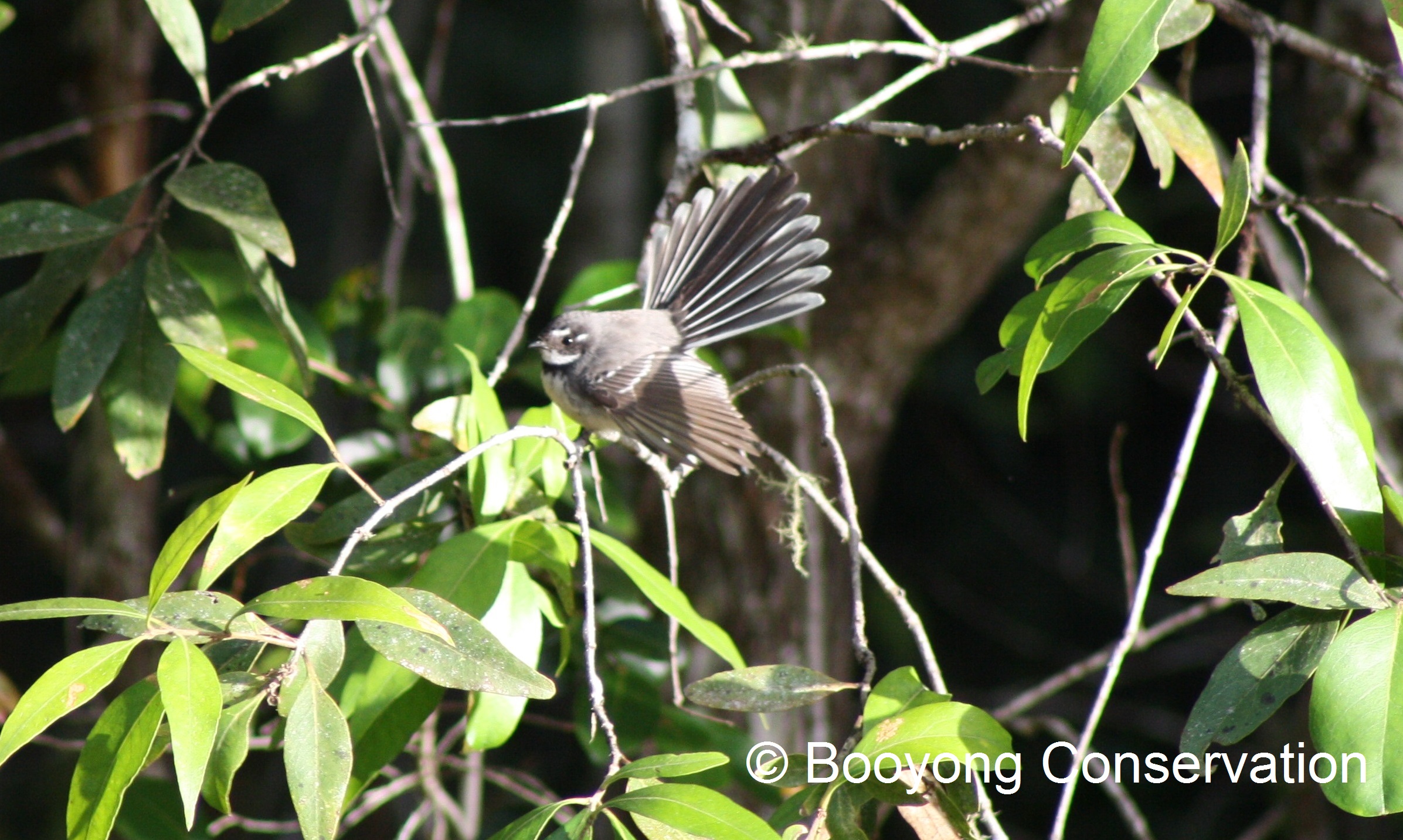 The little Grey Fantail (Rhipidura albiscapa) has been fanning its tail and flittering on the edge of the rainforest eluding me for some time. Each time I get the camera out, they disappear back into the forest. It makes me so happy to see this bird emerging for longer periods. The native grevillea’s we’ve planted to create safe environments for the smaller birds have begun to be successful which is fantastic!

The Grey Fantail is found throughout Australia and is secure in most states, although critically endangered in the Northern Territory. It’s considered a small insect-eating bird that feeds on flying insects which is chases off the edge of the foliage. It has been seen at all levels of the forest edge at Booyong, distinctively twisting and turning throughout the air.

Male and Female Grey Fantails are similar in colour, grey and white as featured in our photo. They are 14-16cm long and breed from July to January having two to three baby birds. The babies are incubated for a period of 14 days and stay in the nest for about three weeks. The nest is usually built by both parents in the fork of a tree and it is said tohave a long stem and resemble the shape of a wine grass.