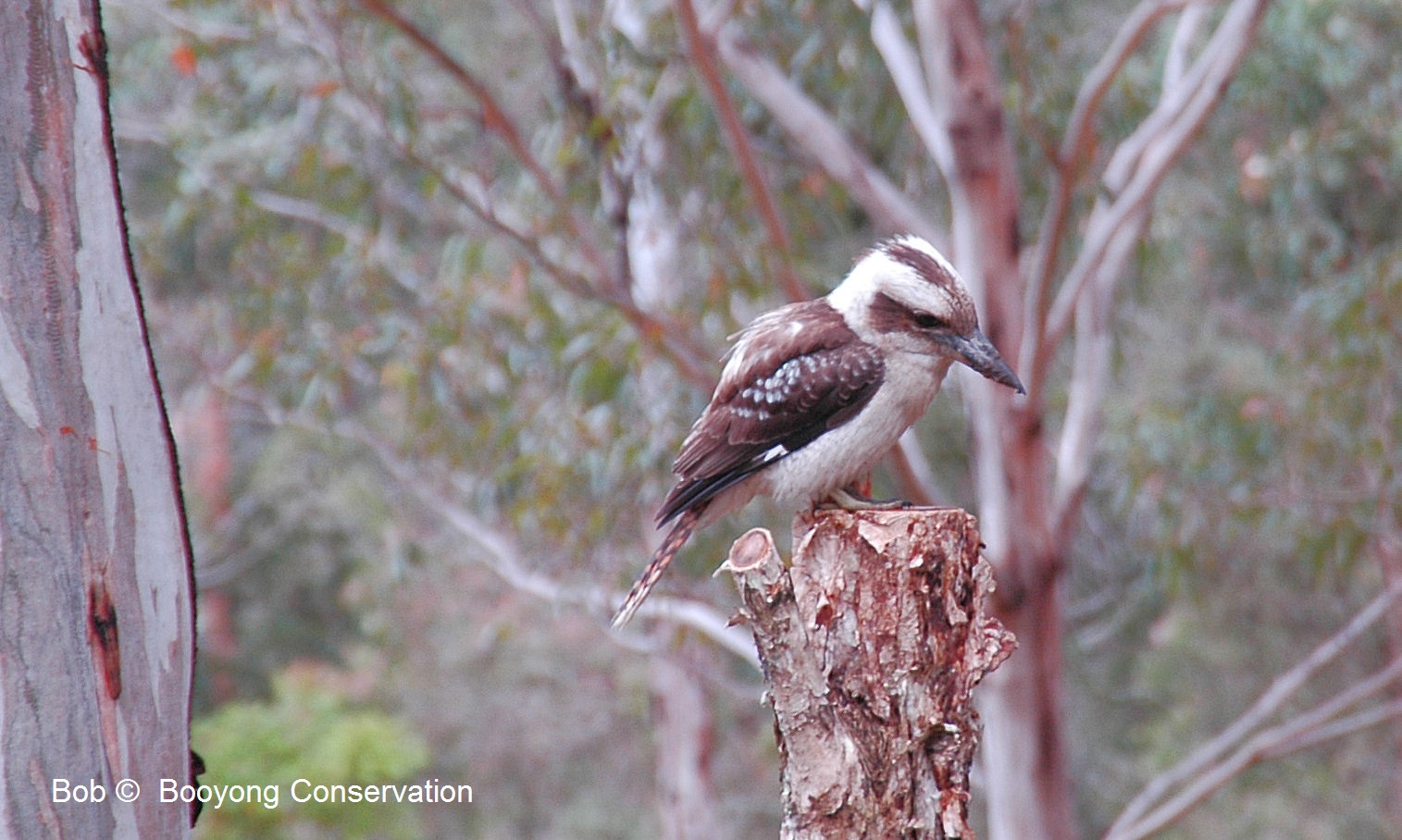 This little guy has been so hard to catch a picture of. I’ve been up early in the morning and in the late afternoon trying to get him – thanks Bob!

The Laughing Kookaburra (Dacelo novaeguineae) is an iconic Australia bird and instantly recognisable by it’s feathers and voice. It is  is one of the larger members of the kingfisher family and they are found throughout eastern Australia and have been introduced to Tasmania and New Zealand.

It feed mostly on insects, worms and crustaceans, although small snakes, mammals, frogs and birds may also be eaten. Prey is seized by pouncing from a suitable perch. Small prey is eaten whole, but larger prey is killed by bashing it against the ground or tree branch.

Laughing Kookaburras are believed to pair for life. The nest is a bare chamber in a naturally occurring tree hollow or in a burrow excavated in an arboreal (tree-dwelling) termite mound. Both sexes share the incubation duties and both care for the young. Other Laughing Kookaburras, usually offspring of the previous one to two years, act as ‘helpers’ during the breeding season. Every bird in the group shares all parenting duties.

More information can be found at Birds in Backyards