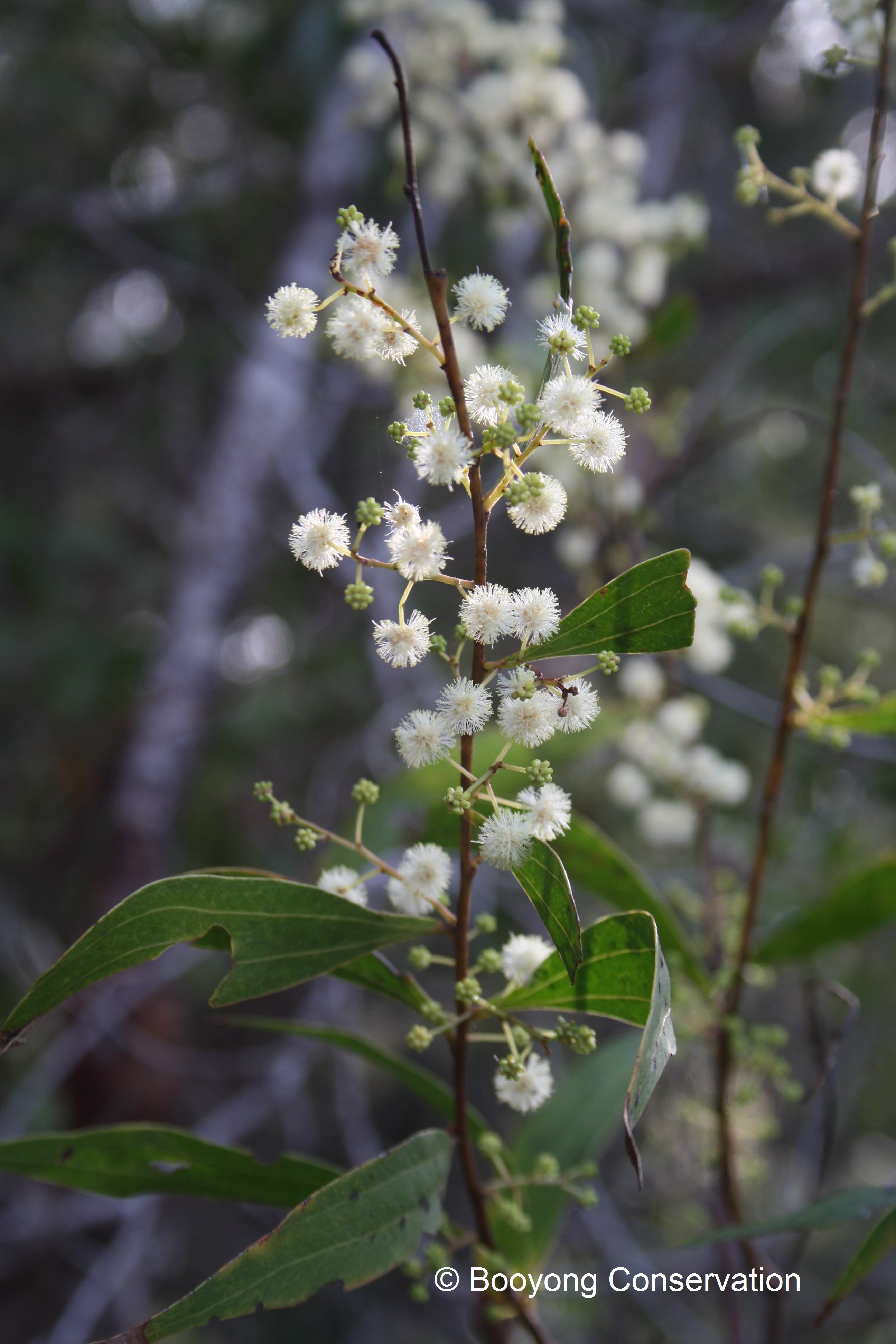 The two veined leaves were an identifying factor when we discovered the Acacia binervata  (commonly named Two Veined Hickory) at Booyong. There are two large trees located along the conservation edge behind the cabin.

It is a fast growing, well-formed tree with dense green foliage that produces creamy coloured flowers in spring and grows 5-10 metres tall. The tree is found in Queensland and NSW and grows in both wet and dry sclerophyll forest and rainforest in sandy or basaltic soils in full sun or part shade and is frost tolerant to -7C.

It is propagated from scarified seed or boiling water which is commonly used for Acacia’s who are native to areas where bushfires regularly occur. The coat of the seed needs to be penetrated by boiling water whereas in the native bush the heat of the fire infiltrates the coat and allows moisture to reach the inside. Pouring boiling water over the seed creates a similar affect.

This method involves placing seeds in a container filled with boiling water overnight. If the seed softens and swells it can be sown and others need to be retreated, if the seeds float they are infertile and can be thrown away. We may have to try this one when we begin propagation soon!