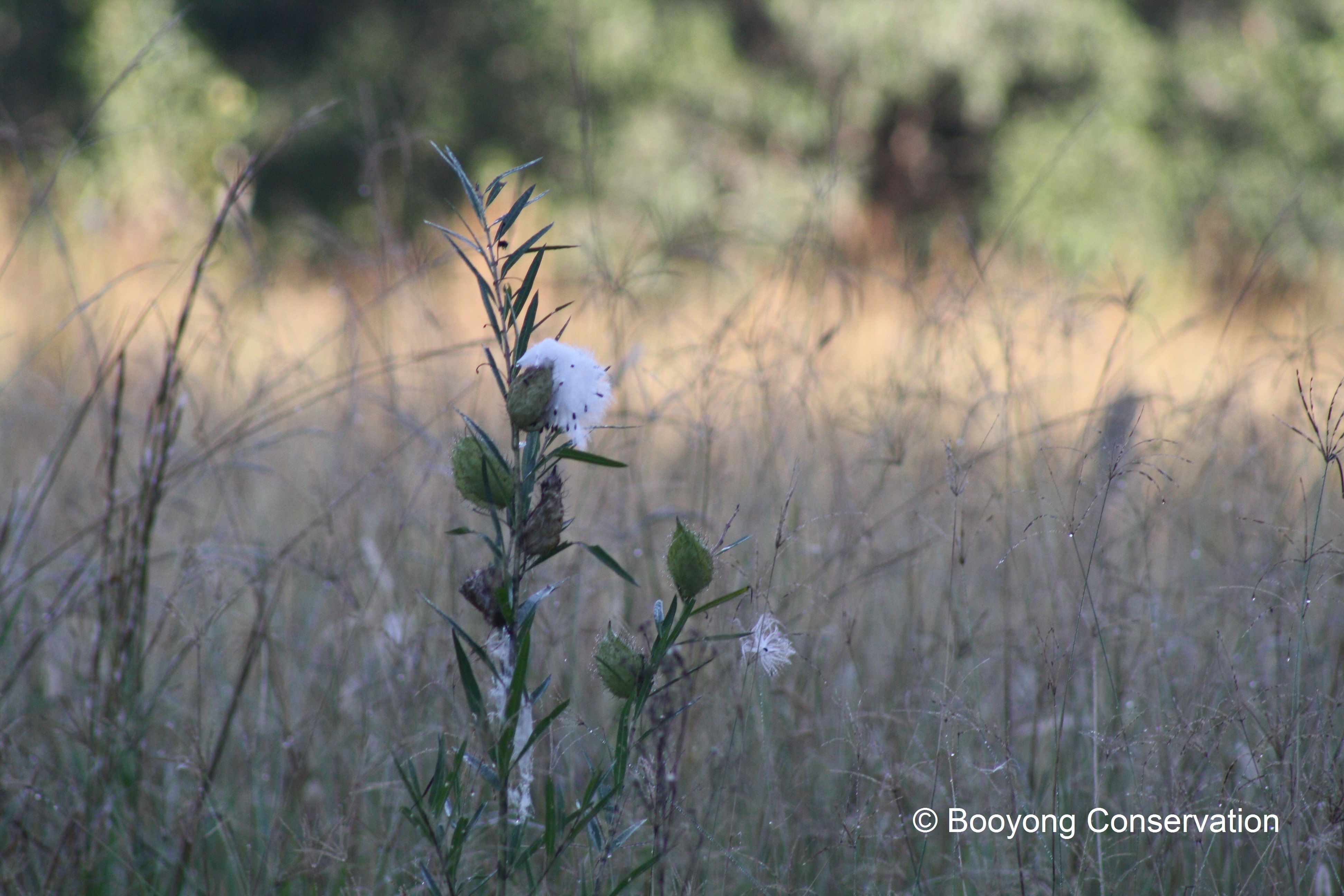 We first noticed the Cotton Bush in a clearing of grass area that was previously a small paddock that held sheep, many years ago. As we have discovered at Booyong it grows in open, grassy and sunny areas. This area has always been difficult to reestablish to its original state and invites weed invasion, so we will watch it vigilantly. In addition, w

e are placing a stake at the area’s edge to monitor if the line of surrounding bush is naturally coming closer over time.

The Cotton bush is a tall, woody herb which grows 1-2m high and leaves are narrow, opposite and dark green. As you can see in the picture, seeds are large and black with a parachute of fine, soft white hairs and the plant exudes a milky sap when damaged (thus the name milkweed).

The weed was first introduced as a garden plant from South Africa due to its white and cream ornamental flowers which appear in Summer.  In South Africa, the roots and leaves of this plant were used to treat headaches and the dried seeds were used as tinder. We haven’t seen the flower at Booyong, as they don’t usually flower in their first season.

We weren’t aware when we took this photo that the plant is poisonous. The pods contain inviting and attractive bods which look like cotton wool and our children naturally wanted to touch it to see if it felt as it looks. It did, however, if you see it at Booyong, please don’t touch it! The plant is poisonous and has caused deaths in cattle, sheep and poultry and gastro is the main symptom of poisoning.

The Cotton bush has been declared a weed in Western Australia as it invades pastures and is toxic to animals and it has been included in the NSW Weed list. We have had both positive and negative reactions from people regarding this weed as it is the main food for caterpillars of the Monarch butterfly due to its milky sap. We may leave a few plants outside the conservation area, however we will diligently remove it from within the conservation area as it produces soil toxins that reduce the germination of other plants and will become invasive.