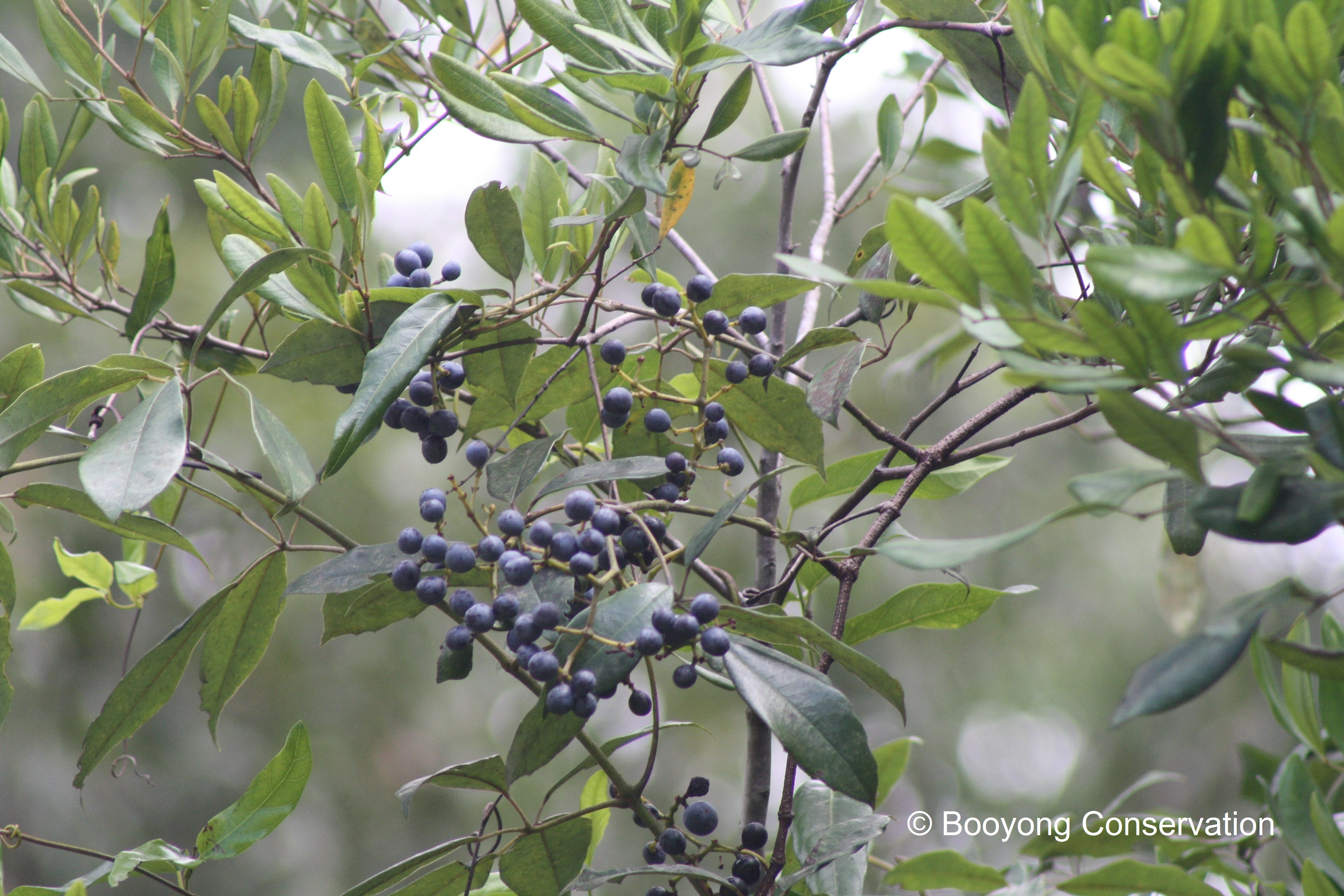 Sitting on the deck one morning we noticed what seemed like blueberries growing like a vine at the forest edge. We contacted Dave and Beryl who identified them as the Cissus hypoglauca. The vine acquired the name “water vine” when botanist John Bidwell became lost in the Queensland bush in 1847 and attributed his survival to obtaining pure water from the vine.

Yellow flowers appear in Summer and bunches of grapes appear from February to May. There are a variety of birds that enjoy them and possums like them too.

Early Australian settlers used them for making jelly and jam and the berries were also known to be used a gargle to sooth a sore throat when crushed and mixed in water.

Native grapes can be eaten raw and are a part of the Aboriginal diet. The vines were also entwined around ones waist and used to climb trees and collect animals and honey from native bees.

We tried them and found the taste of the grapes can vary from sweet to and sharp and within a few days and can have a burning aftertaste and cause a prickly sensation on the throat. For this reason, it may be worthwhile tasting them on your tongue and checking them again a few days later if they don’t taste sweet. As with all native bush foods correct identification is essential.

When researching this plant I also discovered there is quite a demand for seeds as the plant is sometimes cultivated on trellises in gardens as used as a screen or on a fence and can be potted as an indoor plant. We may look into cultivating some plants or producing seeds in the future.

The original owners Dave and Beryl shared with us that Dave fermented wine with them in the past and it was quite lovely. Sounds like a future project to explore and share!