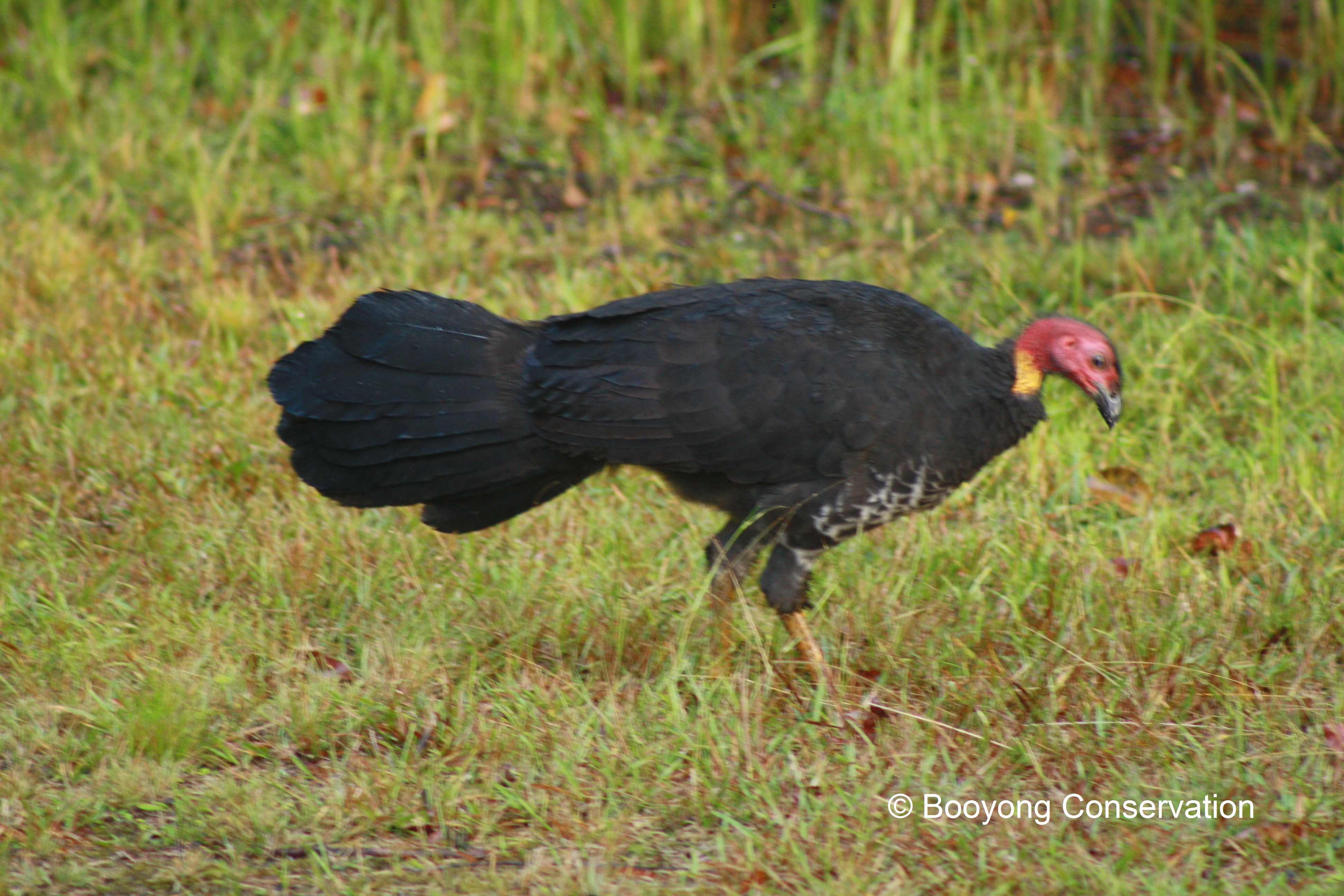 Turkey is actually a term of endearment used amongst our immediate family so when we spotted the Brush Turkey one morning while walking amongst the conservation area we were quite delighted.

We have since seen him rummaging at the forest edge while we’ve been sitting on the deck having coffee early in the morning. During our last stay we found he comes up to the back stairs in the morning at 7:30am and at 5:30pm looking for food!

The Australian Brush-turkey can be found in rainforests and wet sclerophyll forests and is more common in high altitudes moving to lowland areas in the cooler months.

The feed mostly on the ground on insects, fallen seeds and fruits and use their large feet to rake through the leaf litter and will occasionally feed on fruits from lower tree branches.

Eggs are incubated in a large mound built from organic matter by the male and the eggs are incubated by the heat generated of the rotting vegetation. Sadly goanna’s often eat the eggs before they hatch, which makes me think of the large goanna lace monitor we have who lives near the cabin who we’ll introduce you too soon. If they do survive hatchlings are fully feathered and can fly after only a few hours.

More Information about the Brush Turkey can be located at Birds in Backyards.