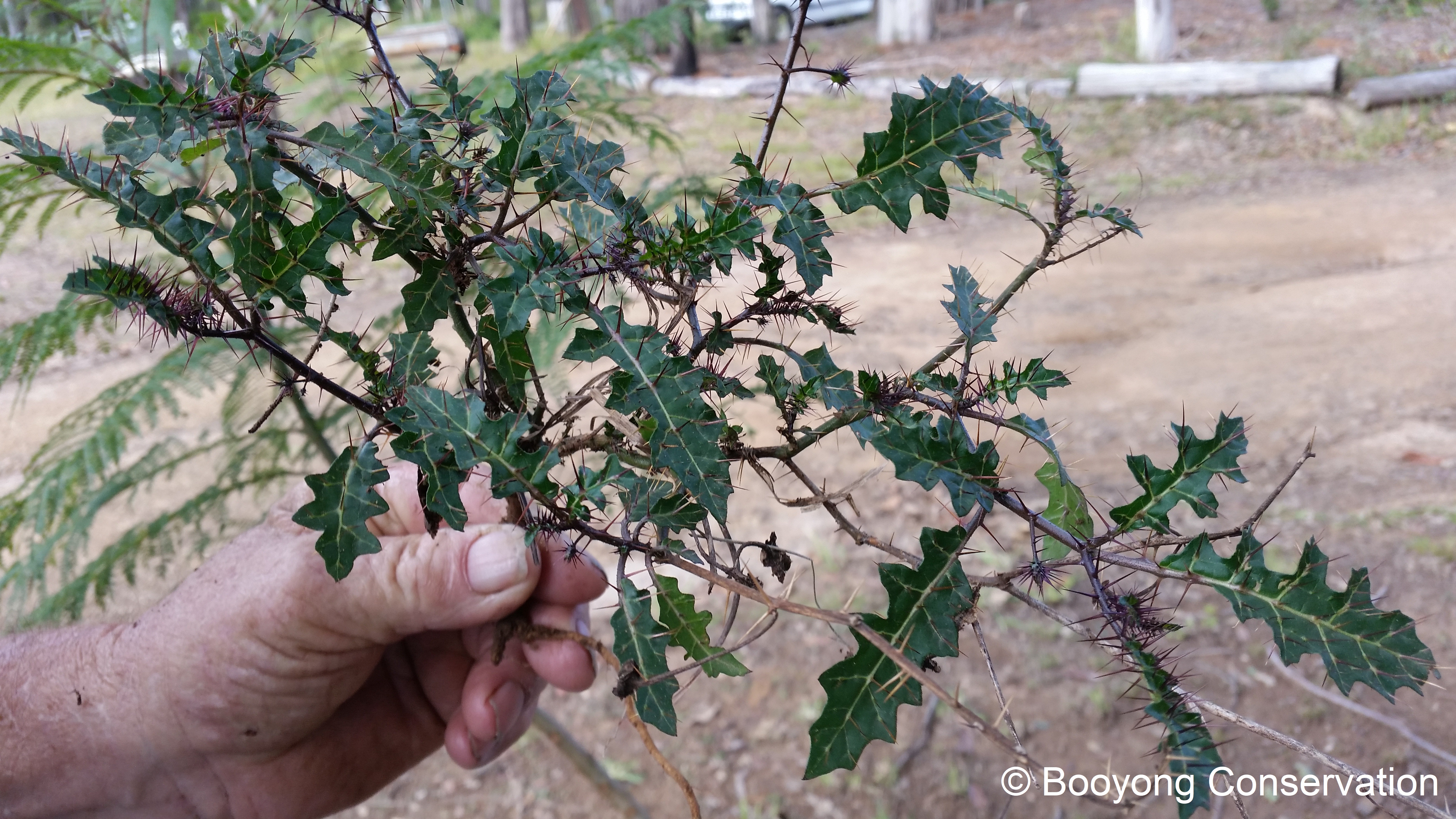 With the assistance of Bob who has lived in Queensland, we were recently able to identify the Tropical Soda Bush weed at Booyong. It’s a newly emerging weed that has the potential to cause a great amount of damage to farmers and graziers in the region. You may have noticed the signs out up by the North coast Land and Services.

As you can see from the picture the Tropical Soda bush is a thorny fruiting and apparently fast spreading and rapid growing weed which is native to South America. According to the North coast Land and Services it is widespread in the USA and has been named the “plant from hell” due to the destruction in gives.

It was identified in the Macleay Valley in 2010 and has since been discovered in isolated locations across the North Coast and Northern Tablelands of NSW.

Apparently, we should be alerting the local office of our sightings so we will do so immediately. As a ‘Class 1’ weed, it is the responsibility of landholders to report occurrences of this weed within 24 hours of detection. So if you locate some on your local Byabarra property we would encourage you to do so too! Land owners have been advised to avoid attempting to control it without further advice as spraying with herbicide can still allow Tropical Soda Apple fruits to ripen and seeds to germinate.

The seeds are plentiful and hidden under the prickly foliage. Please let us know if you spot any of this weed on the property.