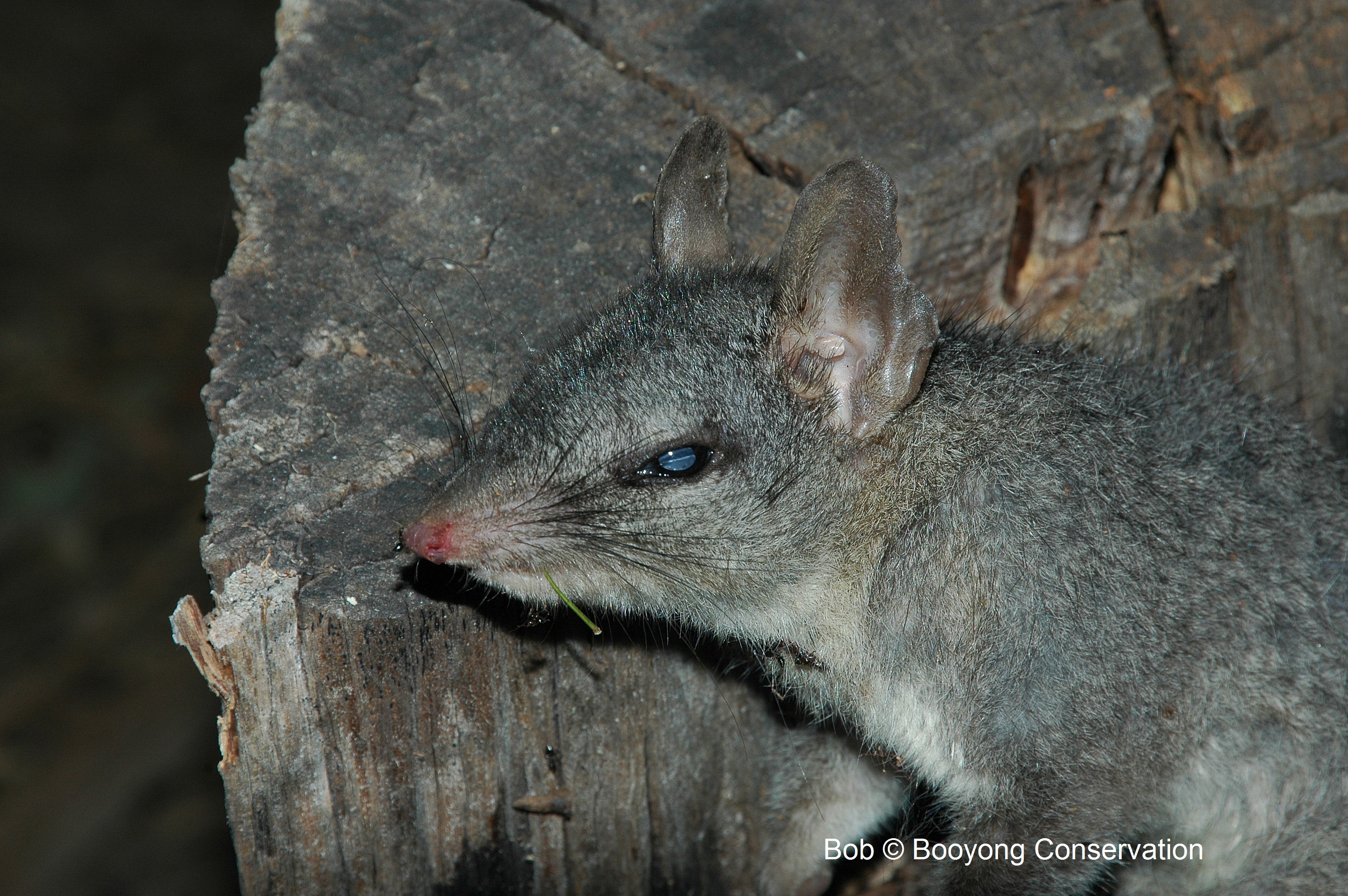 We were very excited recently when Bob discovered a vulnerable species – the Brush-tailed Phascogale. It’s a carnivorous tree-dwelling black marsupial with a characteristic bushy bottlebrush tail. The length of an adult is 20cm with a similar tail length and they generally weigh 110-235gms. They are agile climbers and prefer rough barked trees to climb, feeding on arthropods, other small vertebrates and nectar.

Their distribution around the Australian coast is patchy and in NSW they are mainly found east of the Great Dividing Range. The phascogale prefers dry sclerophyll open forest with ground cover of herbs, grasses, shrubs or leaf litter which is appropriate as this little guy was discovered up near the garden shed. They have also been known to inhabit rainforests and wet sclerophyll forest.

Females have exclusive territories of 20-40ha and males extend there’s to areas greater than 100ha with mating occurring May – July. Males die soon after the mating season from stress induced disease and females can live approximately three years, usually producing only one litter. They nest in tree hollows with small entrances and use a variety of hollows during their lifespan of which Booyong is aplenty.

More information can be found on the Native Atlas.