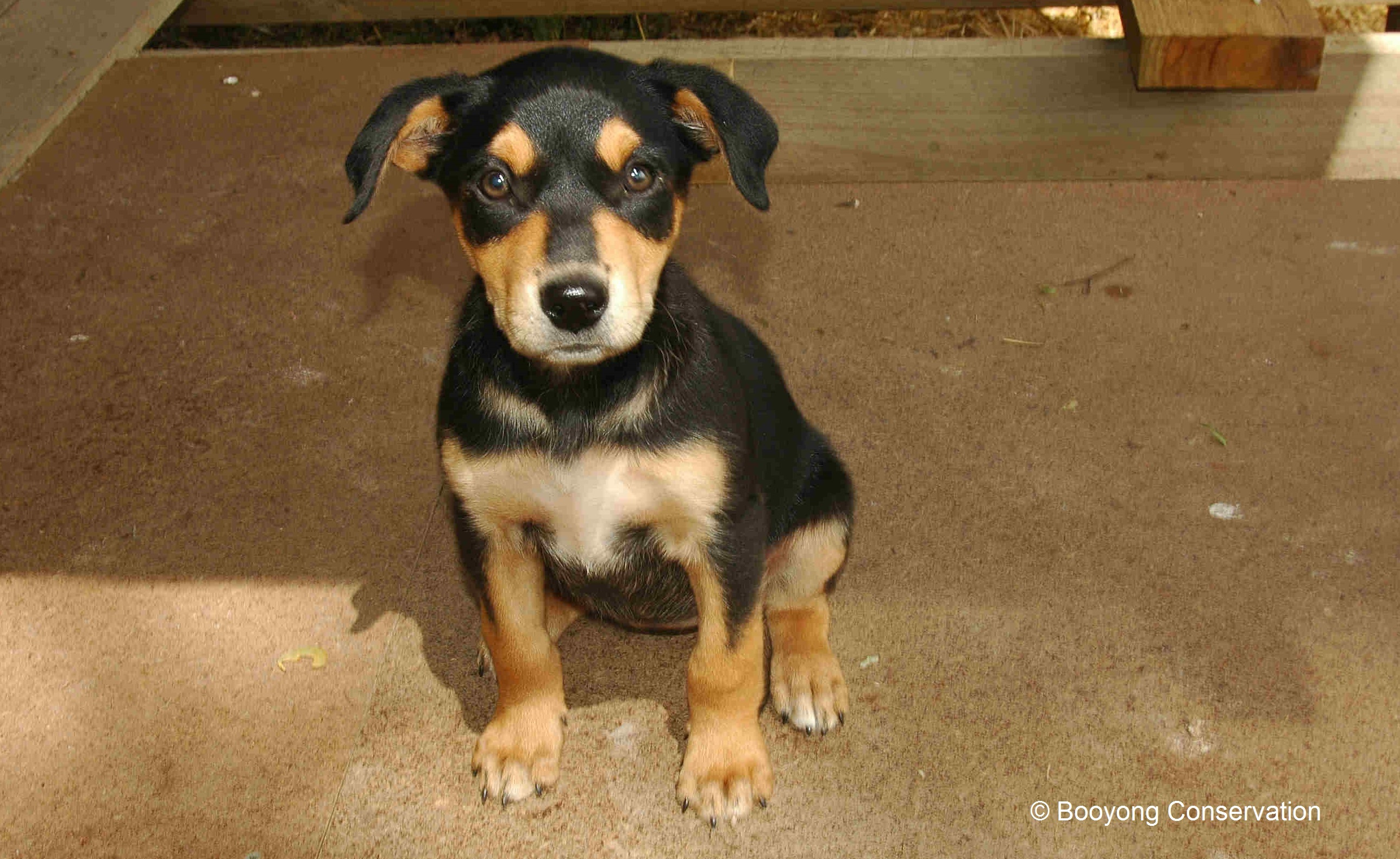 Our previous standing was that dogs are not permitted at Booyong, but after having friends stay with their Jack Russell Shana, we came to another conclusion. We missed Shana when our good friends Dave and Alex left.

When our friend Louie brought an ad in the local Comboyne paper advertising a Kelpie to his attention, Bob decided to get a dog!

Dogs and other pets are not allowed into conservation areas for a number of reasons and despite having Dixie our rules of no pets will remain:

However, there are so many benefits to owning a dog – both Psychological and Physical.

The Aussie Kelpie is one of the smartest breeds and we have witnessed these qualities in many friends’ dogs. They are an intense and energy filled breed, hyperative and able to go for hours. When Brett visited recently he said Dixie would go hard and fall asleep in his feet. So cute!

They are predominantly a working dog, sharp eyed, intelligent and able to learn obedience and agility quickly. They enjoy running, hearding sheep and have a mind of their own. They will herd livestock by nipping at their feet so if you don’t keep them busy they will transfer this energy and behaviour to chasing cars and children.

Apparently they can be standoffish if they aren’t provided with the opportunity to socialize and enjoy being around people. They are a loyal breed and tend to bond with one person but will also enjoy the company of others.

They are common in Australia and for such a shorthaired dog, Australian Kelpies shed much more than you might think. They also excel at being an alert watchdog – I know Bob’s hoping Dixie will keep the kangaroos off his garden. Lets see how this goes and how she bonds with Thumpy and the other rabbits.

We’ve had Dixie microchipped and she’s been given her vaccinations and tick monthly tick medication, in addition we are in the process of getting her a collar with her name and mobile number so if she does get lost she can be returned safely. In the short time we’ve had her she’s brought smiles to Bob and Brett’s faces and we’re sure Jack and Poppy will enjoy her company too!