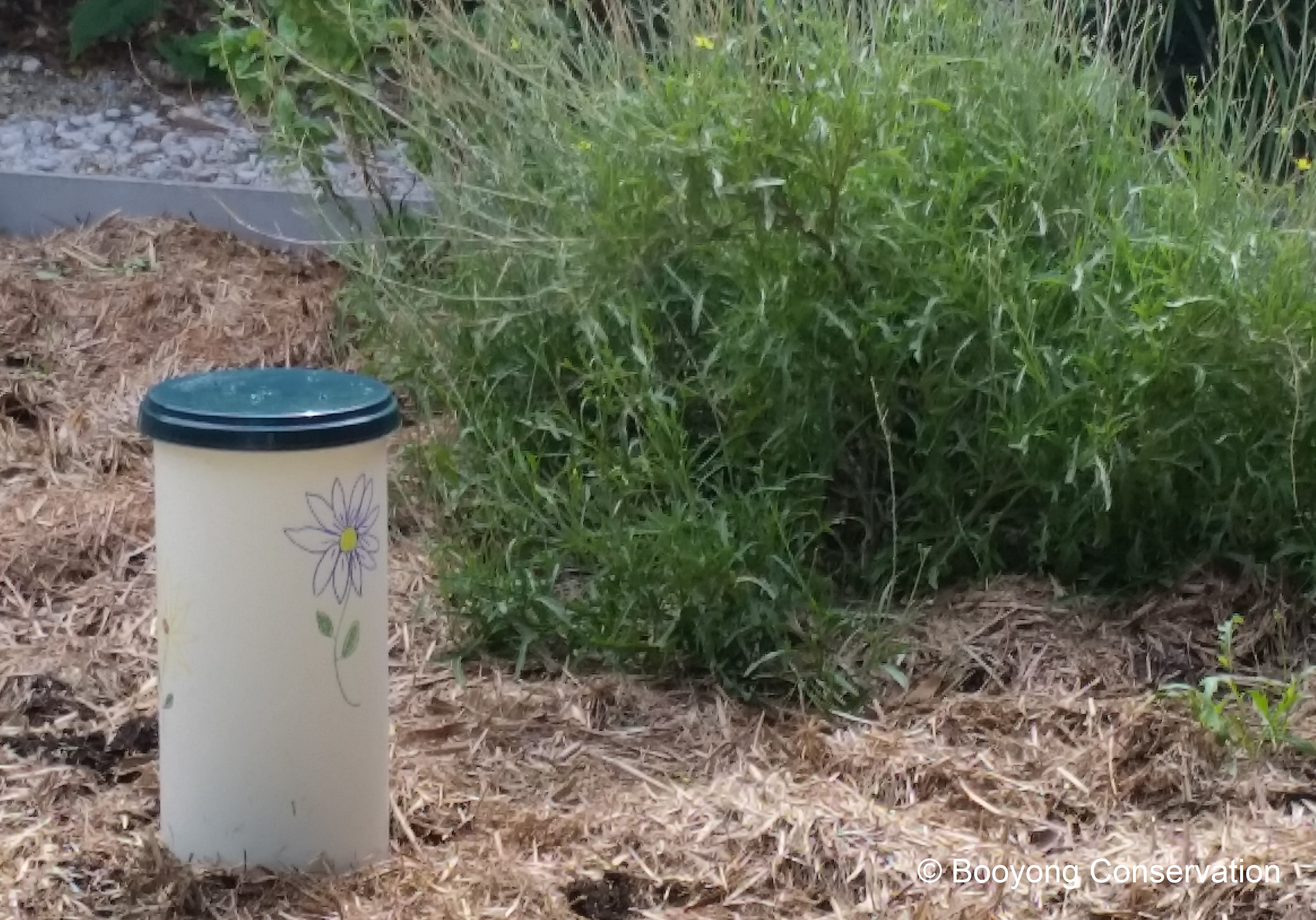 We are passionately supportive of composting and have tried many methods at our home in Sydney. Initially we had large compost placed on the ground and as it had no netting between the ground and the compost we found it attracted suburban rats to the back yard. Secondly, we tried a twin tumbler compost and it collapsed due to the weight – there was no hole in the base to allow the liquid to drip from the container. Our most recent composting exploration is the worm tower system and I’m happy to say, it’s been highly successful.

We initially discovered it on Gardening Australia  and thought we’d give it a go. It seemed easy to keep going and as we have three garden beds at o

ur Sydney home which are approximately 3 * 2 metres a tower in each bed we thought we should let the worms do the work for us. With both of us working in Sydney and managing Booyong time is a big factor and this method of composting has been amazing. We’ve been using it successfully for over twelve months now and have recently added one to the herb garden at Booyong.

The idea is that holes are drilled into the bottom third of the pvc pipe, and a handful of food scraps are placed in the tube. The worms crawl in and out of the holes in the tube, eat the food scraps and spread the casting within a 1.2m diameter of the tower and directly to the roots of the plants. They are loving it and the amount of worms in our veggie patch has increased considerably.

Brett first cut the PVC pipe in two with a saw, next we drilled some holes 7/8 inch in the bottom third of the pipe. We made sure the sides were nice and smooth so the worms can move safely through them. I then used some permanent markers to decorate the tube and then dug a hole in the ground so the pipe was immersed just above the drilled holes. The pipe was placed in the ground, some cow manure was added, worms and shredded paper, we wet it down and then covered it with straw.

All we do is add food scraps each day or two (no coffee grounds, meat, citrus or onions) ensuring the soil remains moist and we add some shredded paper or straw now and then as well. The wonderful thing is that the worms can work all year round and if it’s two hot they are not restricted to a plastic compost bin, they can retreat to cooler areas of the garden patch and return when the conditions are right.

• Pvc pipe 150 mm $23.98 (A plastic bucket from the local bakery or produce store can also be used and comes with a handy lid)
• Organic Worms $29.90 for 500 (I gifted half to my lovely neighbour Mette). I have also read that if you build the worm tower existing worms in the garden are sufficient and more suitable to use so purchasing worms are not necessary. This is the case in one of our veggie patches in Sydney and the herb garden at Booyong.
• Cow Manure $6.48 25L
• Plant trays as a lid $1.25 each or you could use a empty plastic flower pot
• Permanent markers – In craft cupboard (these faded over time)

I would recommend you give this a go – our favourite composting method for an urban garden or veggie patch.