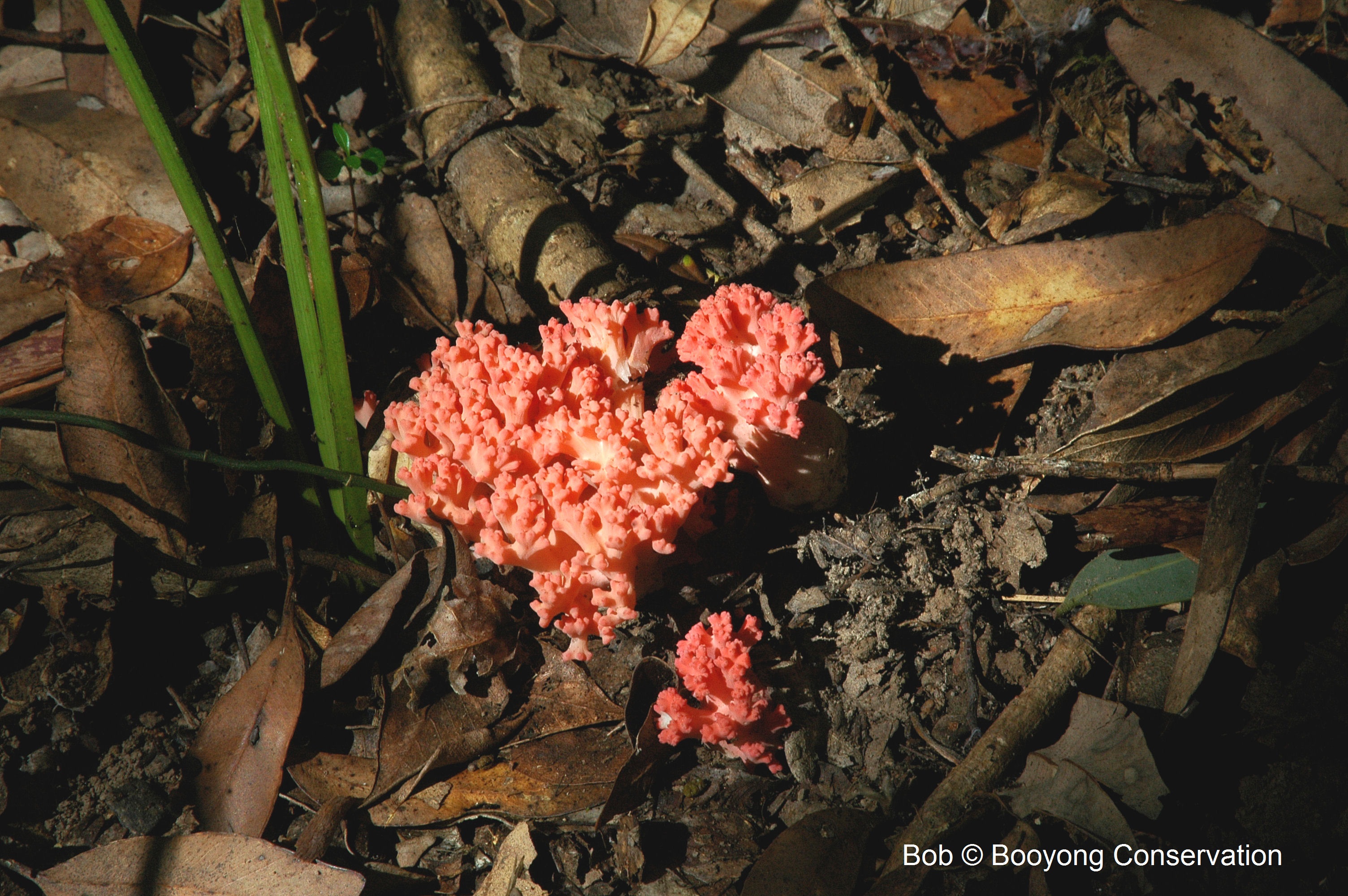 The other fungi we have recently discovered in the rainforest is a salmon pink coral like fungi. We believe this to be Bright Salmon Coral which is scientifically known as Ramaria anziana. It grows to 110m tall and has slender upright branches similar to a coral. It is a gregarious native fungi often found solitary or in groups during Autumn amongst the leaf litter of eucalyptus and rainforests.

Unlike plants fungi rely on other organisms to meet their nutritional needs. They play an important role in decomposition and nutrient cycling, helping to create and stabilise soils, form relationships with plant roots and provide habitat and a food resource for a multitude of other organisms

This information was obtained from a wonderful Guide created by the Hunter Land Services called A guide to common fungi of the Hunter-Central Rivers region. I highly recommend it for new fungi enthusiasts like me.