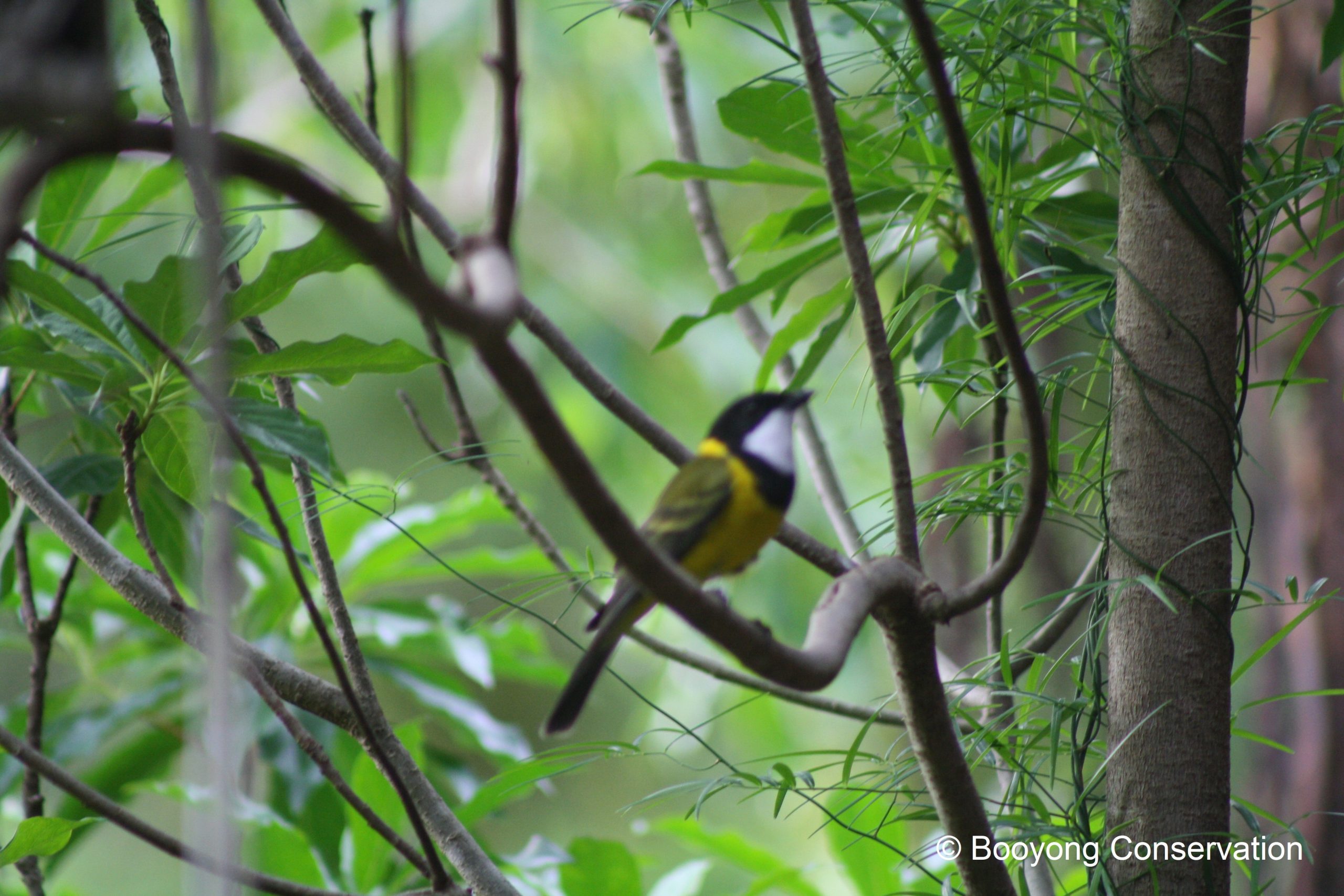 Would you believe over 130 bird species have been sighted at Booyong. The latest discovery is Golden Whistler who loves to peck at the bedroom window every morning at 6:30am. This has been occurring for the last month or so and we have never seen him at Booyong before. He must see himself in the reflection.

He has a lovely whistle and vibrant white, black and yellow feathers.

What does it look like? The adult male Golden Whistler is bright yellow on the underside, olive- green on the back and wings, and black on the head with a bright yellow collar. The throat is white, separated from the yellow chest by a broad black band. The bill and legs are black. Females lack bright plumage. They are generally grey above, with a pale olive tinge, and paler grey below, with a buff wash. The bill is dark brown and the legs grey-brown. The eye is red-brown in adults of both sexes. Young Golden Whistlers are rufous. As they mature, the plumage comes to resemble that of the female other than rufous edges to some wing feathers. These are later replaced as the bird matures.

Habitat: The Golden Whistler can be found in almost any wooded habitat, from rainforest to mallee, but prefers the denser areas. Occasionally it visits parks and orchards.Sedentary; some altitudinal migration to lower areas in winter.

Feeding: Golden Whistlers feed on insects, spiders and other small arthropods. Berries are also eaten. Feeding is usually done alone and most food is obtained from the lower or middle tree level, where it is picked from leaves and bark.

Breeding: Male and female Golden Whistlers share the nest building duties. The nest is a shallow bowl, made of twigs, grass and bark, bound together with spider web and lined with finer grass. The nest is placed in a fork in a bush or tree up to 6 m above the ground. Only one brood is raised in a season and both sexes share the incubation of the eggs, and care of the young.