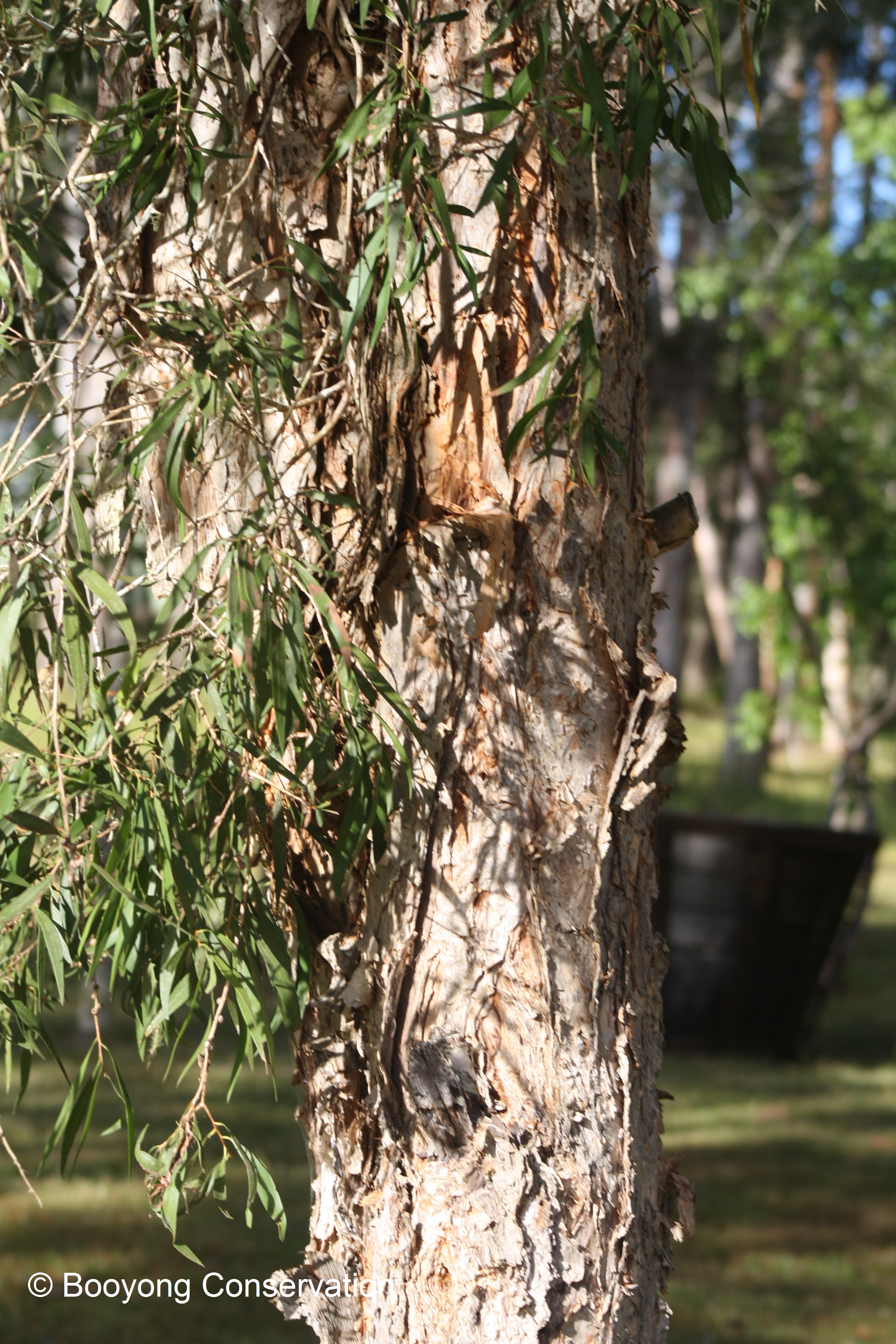 The paperbark tree’s name derives from the bark that flakes and peels from its trunk and the botanical name melaleuca means “black” and “white” and was named so by European settlers who were referring to the back base and white top of the tree due to bush fires. The Melaleuca family includes over 200 species, most of which are native to Australia.

The Melaleuca quinquenervia is one of the most familiar of the “paperbarks” and is commonly found along coastal streams and swamps of Eastern Australia. It can reach 25 metres in size and live for more than 100 years.

The bark has a papery multilayered surface and can be easily peeled off in sheets. Due to its papery nature it has many uses and although the practice isn’t encouraged by the Australian Native Plants Society, it has been known to be used as lining for hanging baskets. Our caretaker Bob, also suggested it’s helpful when requiring kindling for a fire. As it is resistant to termites the timber has been used for fence posts, firewood and flooring.

As the picture shows there is moss growing

on the paperbark trees at Booyong. This is due to the high water content that is retained in the bark. The birds also drop Mistletoe seeds on the bark which grow on the tree due to the moist environment.

Similarly to other native plants found at Booyong, indigenous Australians had a large range of uses for the paperbark tree. They used bark to create a rainforest dwelling called a Bayu which protected them from the rain and provided warmth. The bark was also traditionally used for funerals and spiritual ceremonies where bodies would be wrapped in the bark. Other uses include bandages, sleeping matts, cradles and for wrapping food in to cook in an underground oven known as Kap Mari or Kap Mauri. More spiritual aspects of the tree can be found in more depth at Spiritual Psychic News Magazine.

Birds are attracted to the high nectar content in the cream bottlebrush like flowers which appear towards the end of the summer and into autumn. At Booyong we have also noticed the bees enjoying the nectar; a lovely humming sound can be heard high in the canopy of the trees. It’s lovely to think that bees are creating something delicious from the nectar of the trees. We often have a jar of fresh honey available in the cabin; you’ll have to give it a try when you visit and let us know what you think? Koala’s also eat the leaves of the melaleuca if they have an upset stomach.

A fact sheet providing more information can be found at The Hornsby Shire Council .