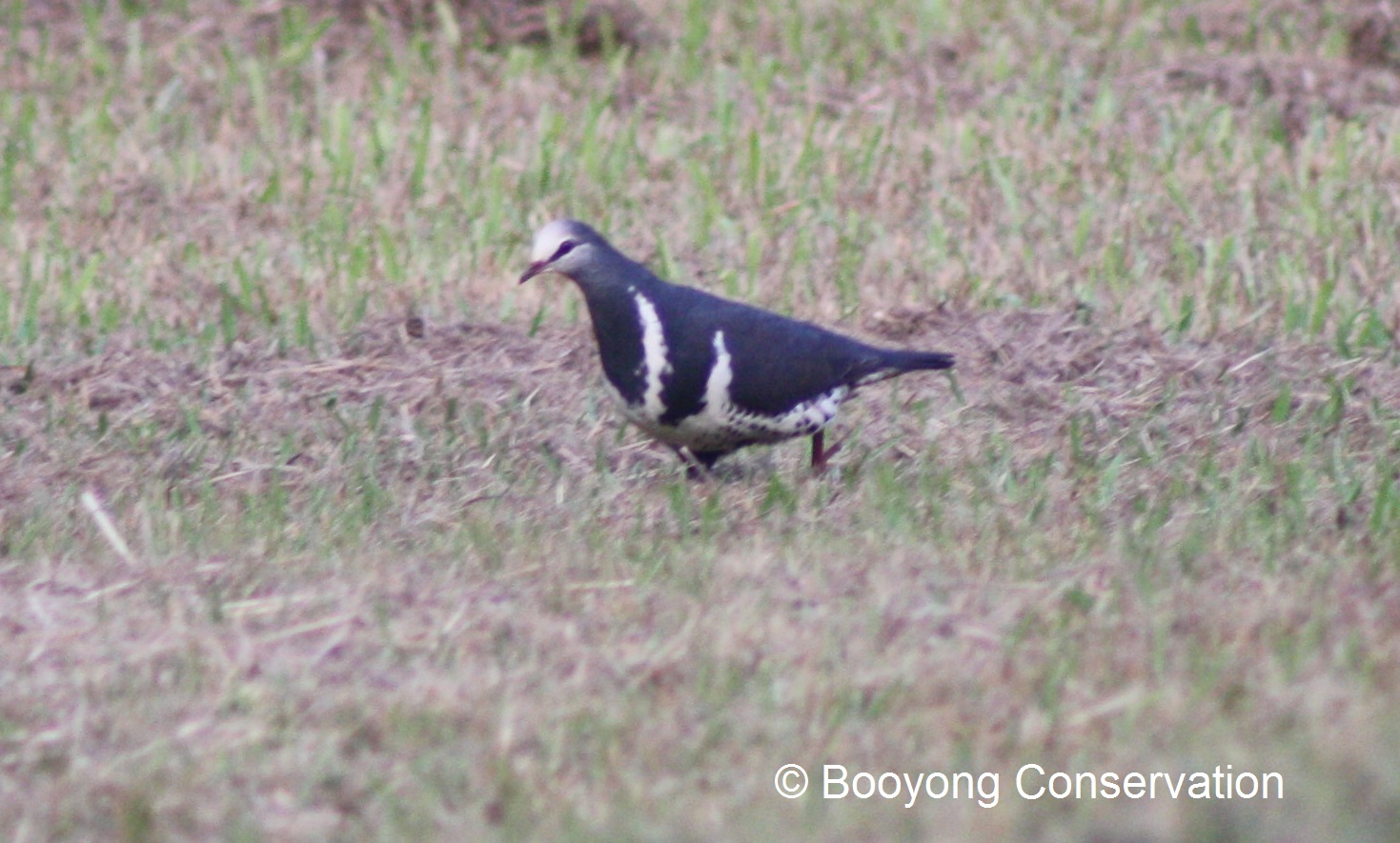 I have to say the Wonga Pigeon is one of my favourite birds at Booyong. There’s a little guy that pops out of the forest edge and walks along the clearing taking the same route towards the dam. He’s gorgeous and at the same time quite shy: taking off back into the bush when disturbed.

As you can see from the picture, the Wonga Pigeon is a plump bird with a distinctive white V on the breast. This V is less distinct in younger pigeons that are often browner in colour. They are found along the east coast of Australia from south-eastern Queensland to Gippsland, Victoria in dense coastal forests, rainforests and scrubs.

This bird feeds on the seeds of natives as well as fallen fruit and the occasional insect, foraging on the ground early in the morning and late in the afternoon.

The Wonga Pigeon is monogamous, with breeding pairs defending the area around the nest, bowing and clicking while walking towards an intruder. They build nests in large trees and sometimes use the abandoned nests of Tawny Frogmouths.